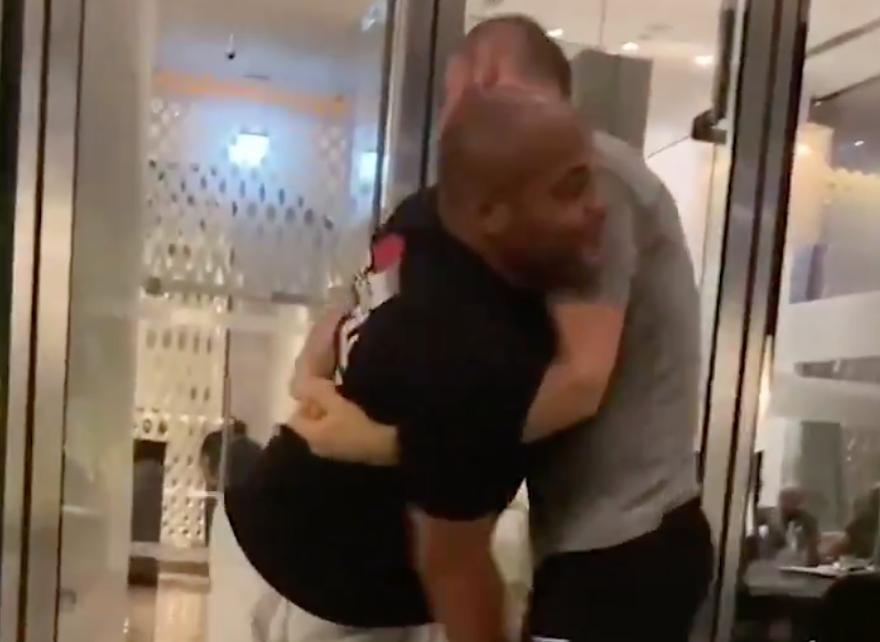 As it turns out, Khamzat Chimaev had to go waaaaaay out of his weight class to find a fight.

OK, not really. The rising star originally from Chechnya is still having trouble getting someone to sign on the dotted line after he blitzed out to a 3-0 UFC record faster than any fighter in the modern era.

But we did get to see him engage in a bit of friendly combat former UFC heavyweight and light heavyweight champion Daniel Cormier on Friday night.

Both are on “Fight Island” in Abu Dhabi during the UFC’s current run of big events, and they ran into one another outside the lobby of a hotel. As captured on a clip by ESPN, the duo can be seen wrestling a bit, and while they’re laughing through it, Cormier seems to be showing just enough to remind his younger adversary that even though he recently retires, the former Olympian still knows what he’s doing.

All Khamzat Chimaev wants is his next UFC fight booked. When will somebody step up?

While you wait for someone to step up to the plate and face Chimaev, watch the video below for the closest thing you’ll find in the meantime:

Photos: Khamzat Chimaev through the years

Photos: Daniel Cormier through the years