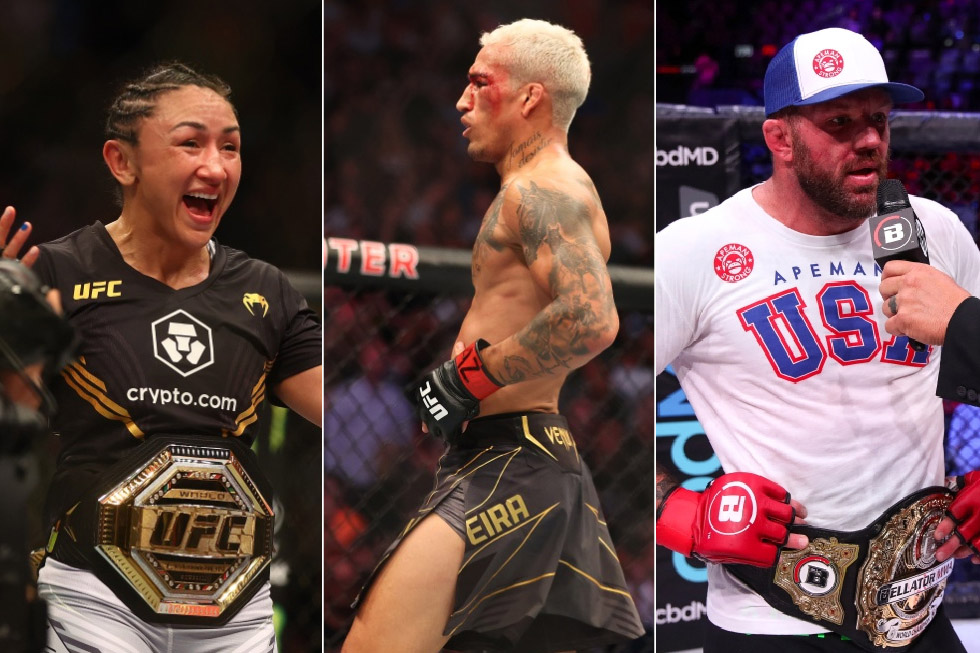 At UFC 274, Charles Oliveira – after losing his championship belt over a half-pound miss at weigh-ins – solidified his status as the best lightweight on the planet with a first-round submission of Justin Gaethje in the night’s main event. In the co-headliner, Carla Esparza became a two-time UFC strawweight champion after earning a split decision from Rose Namajunas in a lackluster fight – but it was a win no less for “Cookie Monster.”

One day earlier at Bellator 280, heavyweight champion Ryan Bader grinded out a clean-sweep unanimous decision win over Cheick Kongo. And at 2022 PFL 3, Kayla Harrison made her season debut with a ho-hum performance (“utter dog crap” in her own words) that led to a unanimous decision over Marina Mokhnatkina.

What do those results mean for this week’s pound-for-pound rankings?

On the men’s side, Oliveira jumped up two spots from No. 7 to 5, while Bader advanced one spot from 11 to 10. As for the women, Esparza, who is now on a six-fight winning streak, catapults herself from honorable mention to No. 5, dropping Namajunas a spot to No. 6, as well as Harrison from No. 9 to No. 10.

The pound-for-pound categories weren’t the only ones to be shaken up. Take a look at the full rankings in the dropdowns coming out of UFC 274, Bellator 280, and 2022 PFL 3.