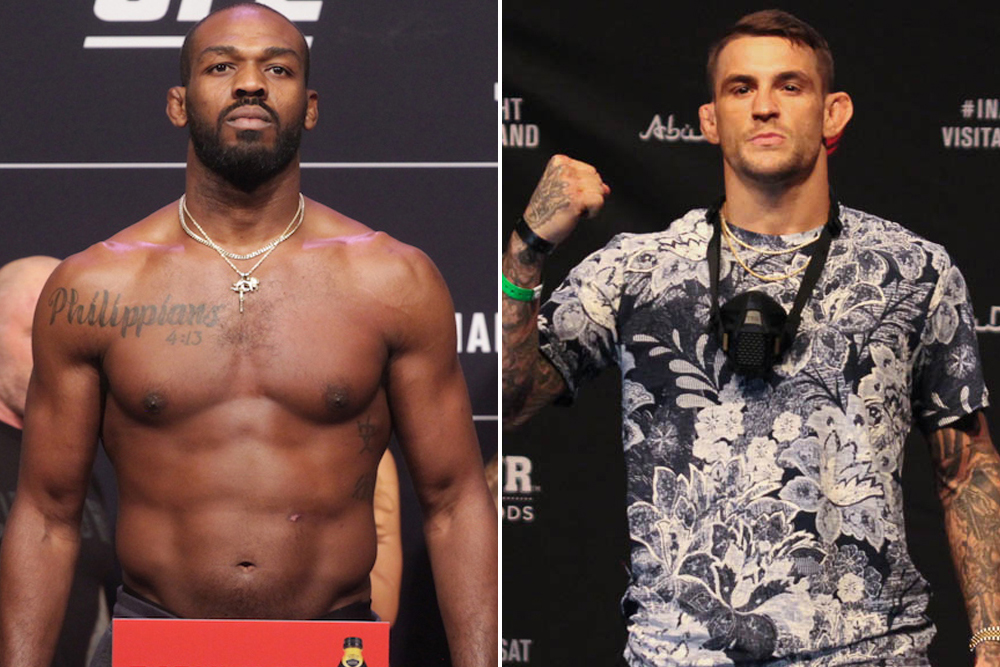 Already considered one of the greatest fighters of all-time, Jones said he wants to turn his attention to heavyweight and says he has no intention of returning to 205 pounds.

Adesanya rolled the dice in a move to light heavyweight but came up short against Jan Blachowicz and says he’ll now return to 185 pounds and prove his dominance as UFC champion.

It wasn’t as convincing as the first time around, but Volkanovski picked up a second win over Max Holloway and says he wants to continue taking out top contenders.

Poirier continues to be one of the most exciting fighters in the game, and his grit is immeasurable – qualities he hopes will net him another UFC title shot in the near future.

Holloway delivered a record-breaking destruction of Calvin Kattar and now looks like he’ll get a chance to regain the UFC featherweight title later this year.

Khabib Nurmagomedov proved to be too much for Gaethje at UFC 254, but ‘The Highlight’ could very well get another title shot in the very near future.

Blachowicz realizes there are some that doubt his legitimacy as UFC champion, but his win over a previously undefeated Israel Adesanya went a long way toward silencing those critics.

Costa was frustrated after suffering the first loss of his career and will now face another monster in Robert Whittaker in his trail back to a title shot.

With UFC officials finally recognizing that Khabib Nurmagomedov (29-0 MMA, 13-0 UFC) is no longer an active fighter, a pair of lists needed new names at the top.

“The Eagle” walked away from the sport while holding the No. 1 position in both the lightweight and pound-for-pound lists in the USA TODAY Sports/MMA Junkie rankings, leaving openings on both spots. A familiar name returns to the top of the pound-for-pound rankings, with Jon Jones ascending back to a position he held for quite some time before Nurmagomedov’s title run brought that to an end.

Jones (26-1 MMA, 20-1 UFC) will have a chance to further solidify that standing later this year when the longtime UFC light heavyweight champion moves up to heavyweight, where he is expected to challenge the winner of this weekend’s UFC 260 clash between champ Stipe Miocic and challenger Francis Ngannou.

Meanwhile, Dustin Poirier moves to the No. 1 slot at 155 pounds for the first time in his career. The former interim UFC lightweight champion is 7-1 in his last eight official appearances, with a UFC 242 loss to Nurmagomedov in September 2019 standing as the only blemish during that run.

Poirier (27-6 MMA, 19-5 UFC) could potentially fight for the currently vacant UFC lightweight belt sometime later this year, though No. 3 Charles Oliveira and No. 7 Michael Chandler will get that honor first, with “The Diamond” expected to face No. 5 Conor McGregor in a trilogy fight this summer.

Use the drop-down menu above to check out the new look of those two lists following Nurmagomedov’s official departure, as well as other impacts made by this past weekend’s action at UFC on ESPN 21.

Photos: Jon Jones through the years

The rankings take into account a fighter’s wins/losses, quality of competition, finishing rate/dominance and frequency of fights.

Fighters are no longer eligible to be ranked after they’ve been inactive for 24 months, either due to injuries, drug/conduct suspensions, contract disputes or self-imposed hiatuses.

Fighters serving drug/conduct suspensions are eligible to be ranked, so long as they’re not inactive for more than 24 months.