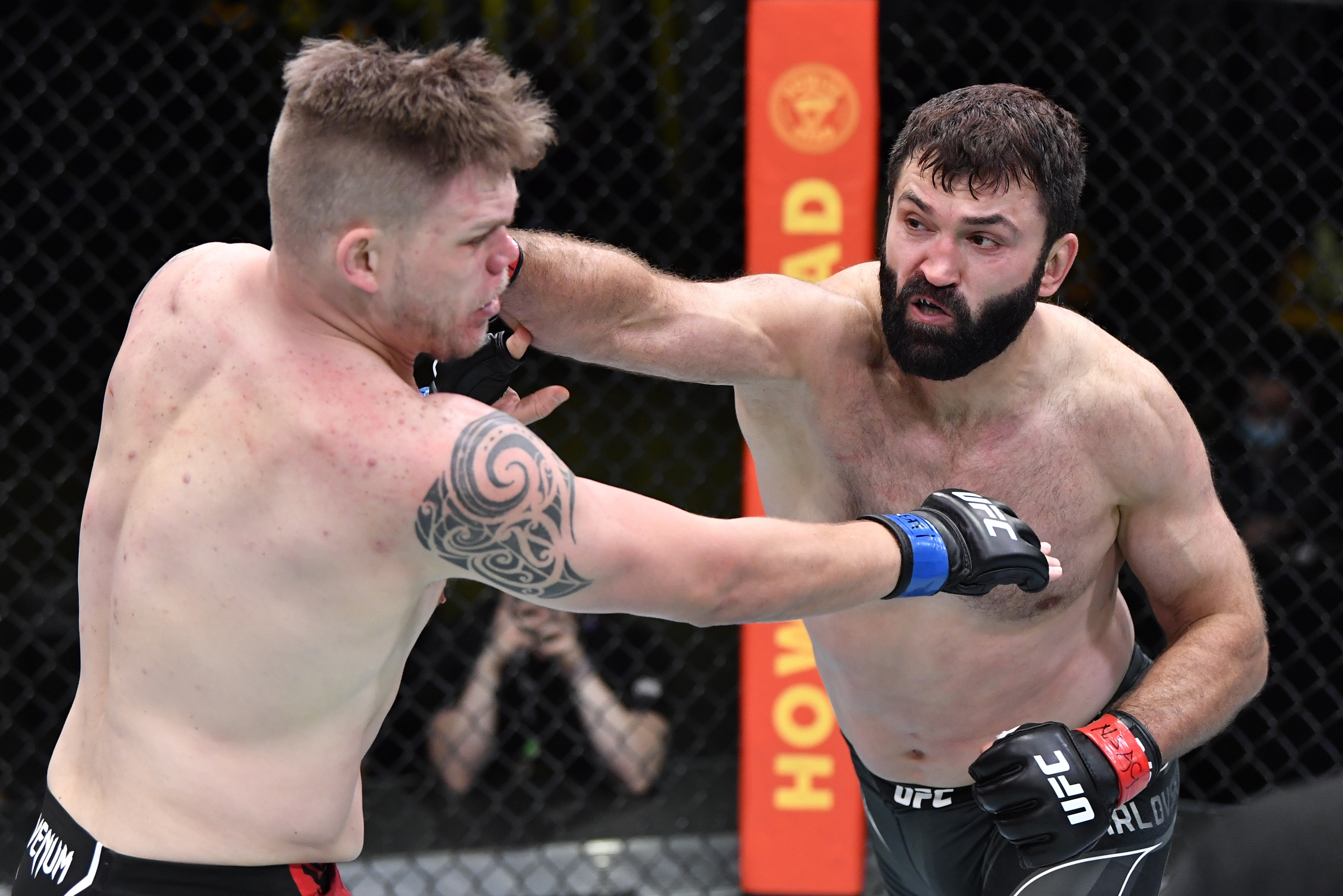 UFC on ESPN 22 took place on Saturday at the UFC Apex in Las Vegas, and it was an oddly historic event.

Check below for 25 post-event facts to come out of UFC on ESPN 22. 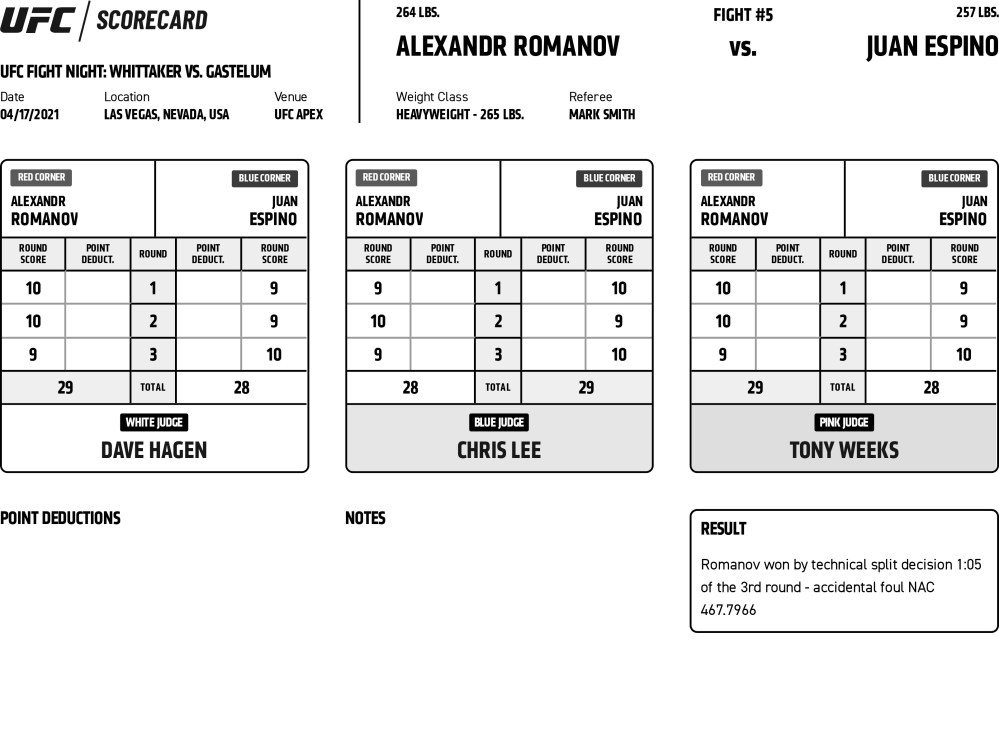 The UFC Promotional Guidelines Compliance payout for the event totaled $142,500.

Debuting fighters went 0-2 at the event.

UFC on ESPN 22 drew an announced attendance of zero for a live gate of $0.

Betting favorites went 6-4 on the card.

Betting favorites improved to 7-5 with one no contest in UFC headliners this year.

Whittaker improved to 11-1 since he moved up to the UFC middleweight division in November 2014.

Whittaker has earned nine of his 14 UFC victories by decision.

Whittaker’s eight fight-night bonuses for UFC middleweight bouts are tied with Yoel Romero for second most in divisional history behind Anderson Silva (11).

Gastelum fell to 5-5 (with one no contest) since he returned to the UFC middleweight division in December 2016.

Gastelum has suffered five of his seven career losses by decision.

Arlovski’s 20 victories in UFC heavyweight competition are most in divisional history.

Arlovski’s total fight time of 5:24:51 in UFC heavyweight competition is the most in divisional history.

Arlovski’s nine decision victories in UFC heavyweight competition are most in divisional history.

Sherman has suffered all three of his decision losses under the UFC banner.

Abdul Razak Alhassan (10-4 MMA, 4-4 UFC) three-fight losing skid is the longest of his career. He hasn’t earned a victory since September 2018.

Alhassan was unsuccessful in his middleweight debut.

Alhassan has suffered three of his four career losses by decision.

Cortez has earned all three of her UFC victories by decision.

Kish has suffered three of her four career losses by decision.

Penne has earned both of her UFC victories by decision.

Loopy Godinez (5-1 MMA, 0-1 UFC) had her five-fight winning streak snapped for the first defeat of her career.

Meerschaert (31-14 MMA, 7-6 UFC) has earned 29 of his 31 carer victories by stoppage. That includes all seven of his UFC victories.

Meerschaert’s six submission victories in UFC middleweight competition are most in divisional history.

Bartosz Fabinski (15-5 MMA, 3-3 UFC) fell to 2-3 since he returned to competition after a nearly three-year layoff.

Fabinski has suffered all three of his UFC losses by submission.

Birchak has suffered all four of his UFC losses by stoppage.