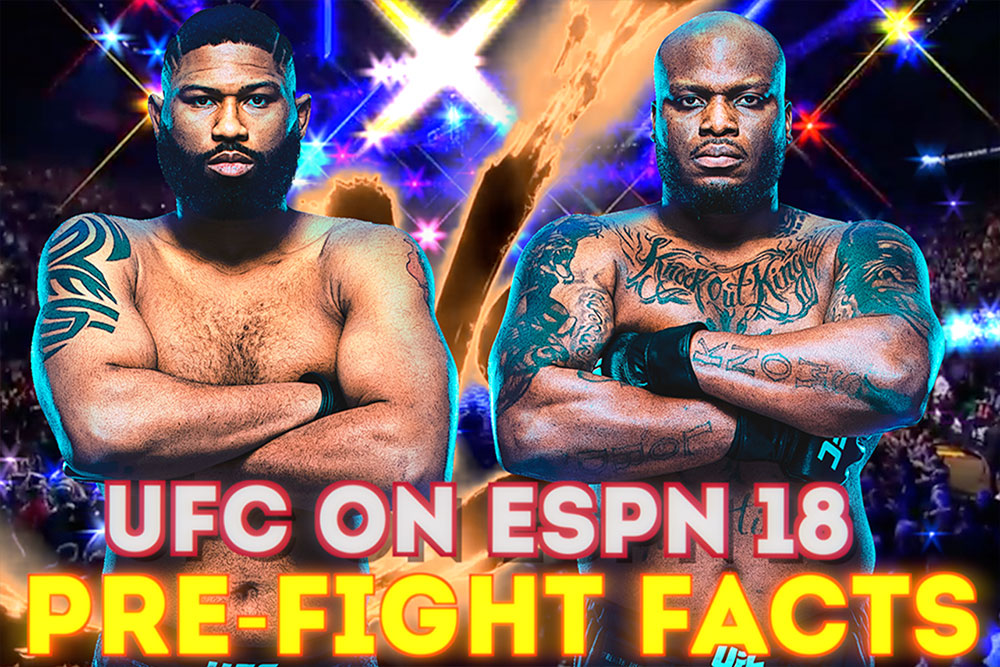 The UFC typically takes a hiatus for Thanksgiving week, but not this year. The endless event schedule continues on Saturday with UFC on ESPN 18, which unfolds at UFC Apex in Las Vegas with a main card that airs on ESPN2 following prelims on ESPN+.

A grudge among heavyweight contenders is to be settled in the main event. Curtis Blaydes (14-2 MMA, 9-2 UFC) looks to extend his divisional-best winning streak when he takes on Derrick Lewis (24-7 MMA, 15-5 UFC) in a crucial clash.

Both men bring strong resumes into the headliner, and for more on the numbers, check below for 25 pre-event facts about UFC on ESPN 18. 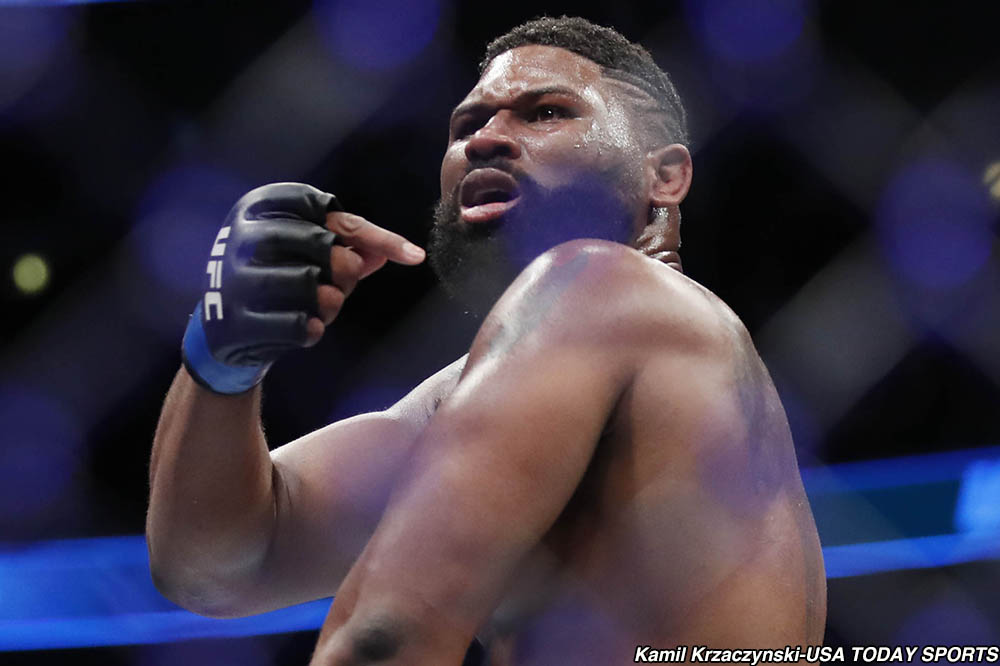 Blaydes’ four-fight UFC winning streak in heavyweight competition is tied with Francis Ngannou for the longest active streak in the division.

Blaydes’ 59 takedowns landed in UFC heavyweight competition are most in divisional history.

Blaydes’ 14 takedowns landed against Alexander Volkov at UFC on ESPN 11 is the single-fight record for a UFC heavyweight bout.

Blaydes’ 14 takedowns landed are tied for the third most in a single UFC fight behind Khabib Nurmagomedov (21 at UFC 160) and Sean Sherk (16 at UFC 73).

Blaydes has achieved 59:44 of top control time in UFC heavyweight competition, the most in divisional history.

Blaydes’ three knockout victories stemming from elbow strikes in UFC competition are tied with Paul Felder for most in company history. 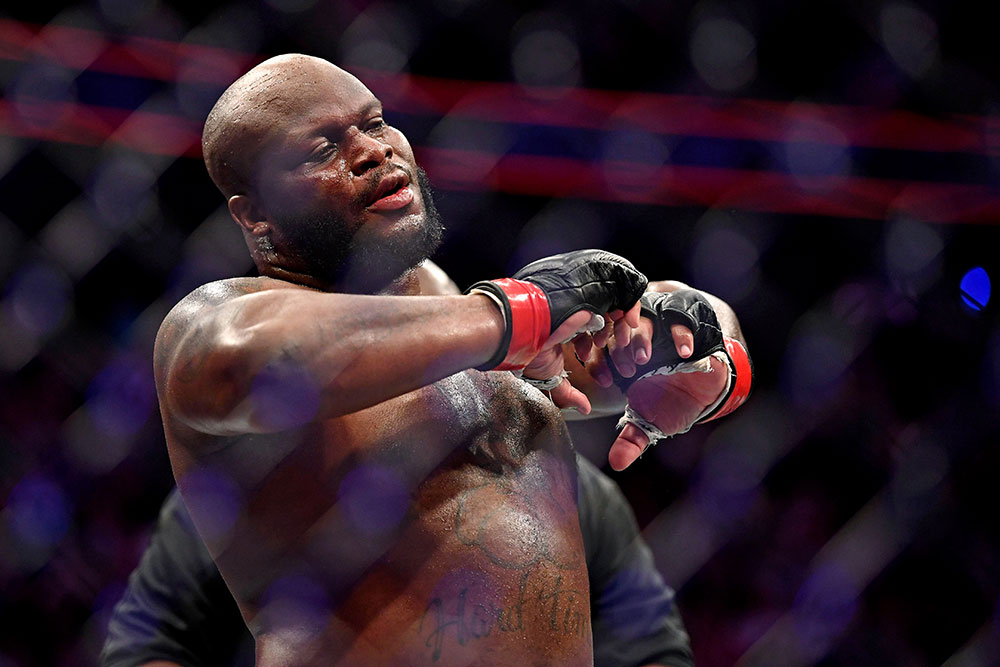 Lewis makes his 21st UFC heavyweight appearance since 2014, the most in the division and second most fights on the roster behind Donald Cerrone (25).

Lewis’ 15 victories in UFC heavyweight competition are tied with Junior Dos Santos for third most in divisional history behind Andrei Arlovski (19) and Frank Mir (16).

Lewis’ 11 stoppage victories in UFC heavyweight competition are tied with Arlovski, Gabriel Gonzaga and Stefan Struve for second most in divisional history behind Mir (13),

Lewis’ 11 knockout victories in UFC competition are tied for second most in company history behind Vitor Belfort (12).

Lewis’ 11 knockout victories in UFC heavyweight competition are most in divisional history.

Lewis’ 11 knockout victories in UFC competition since 2014 are tied with Thiago Santos for most among active fighters in the organization.

Lewis’ seven knockouts stemming from ground strikes in UFC competition are second most in company history behind Cain Velasquez (eight).

Lewis is the only fighter in history to have his first eight UFC bouts end in a knockout.

Lewis and Francis Ngannou combined for 31 total strikes landed at UFC 226, the second fewest in a three-round UFC fight that went the distance behind Jens Pulver vs. Joao Roque (23) at UFC 26 in June 2000. 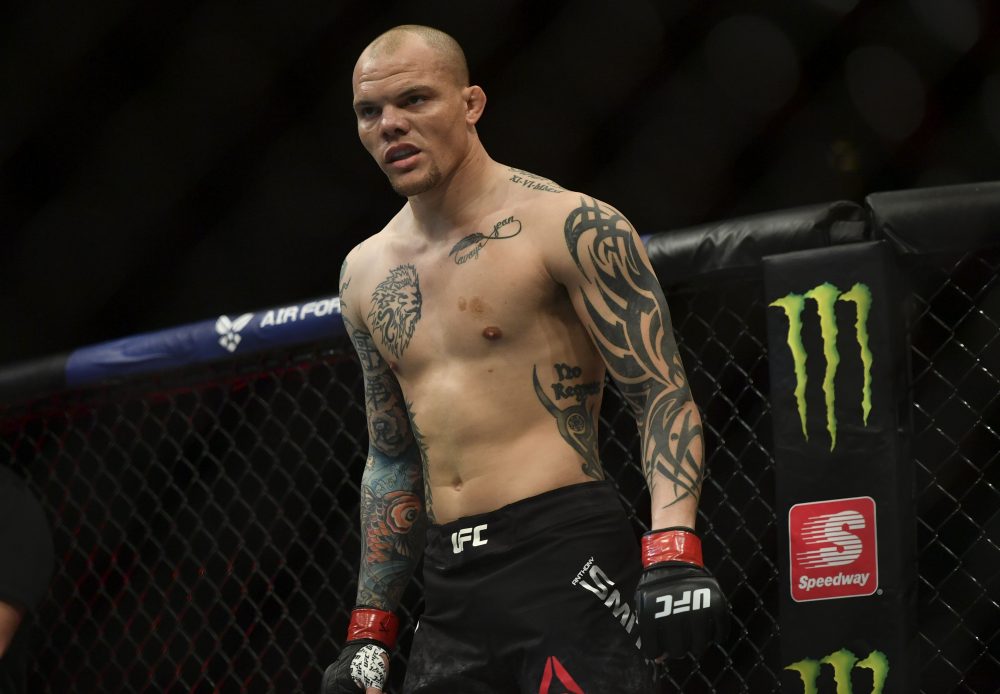 Smith is 8-5 since he returned to the UFC for a second stint in February 2016.

Smith has earned 30 of his 32 career victories by stoppage. That includes seven of his eight UFC wins.

Devin Clark (12-4 MMA, 6-4 UFC) enters the event on the first winning streak of his UFC career. He’s alternated wins and losses over his previous nine appearances. 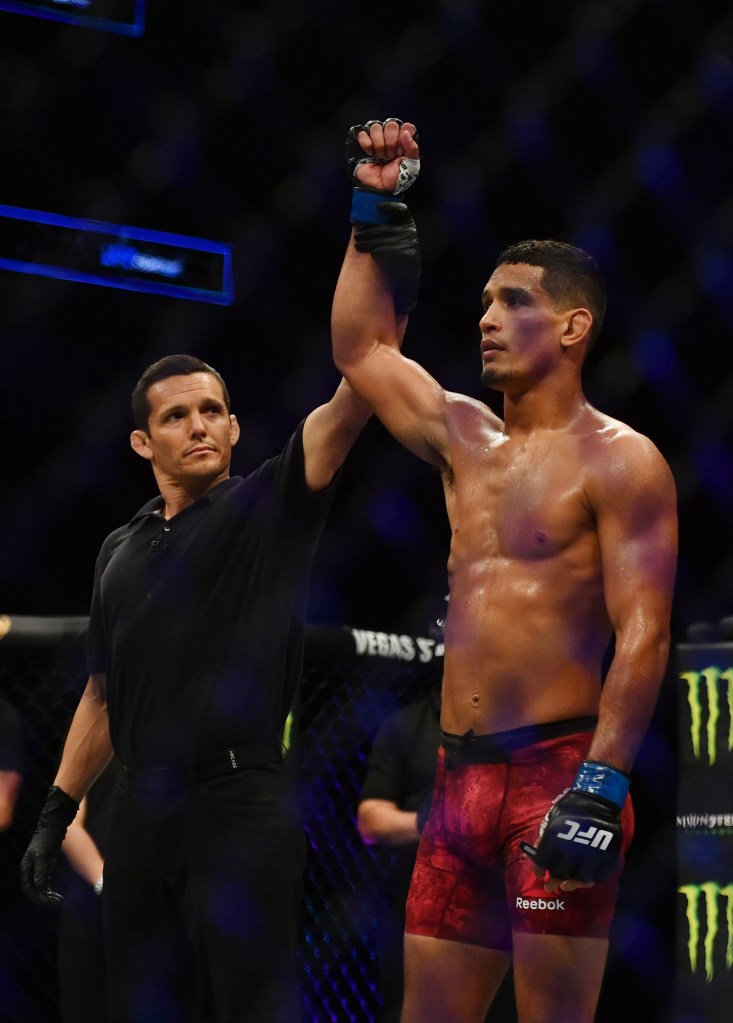 Miguel Baeza (9-0 MMA, 2-0 UFC) is one of 11 fighters in UFC history to earn a knockout stemming from leg kicks. He accomplished the feat at UFC on ESPN+ 19.

Baeza has earned seven of his nine career victories by stoppage. He’s finished all of those wins by knockout.