UFC Fight Night 206 bonuses: War between Pereira, Ponzinibbio a no-brainer for Fight of the Night 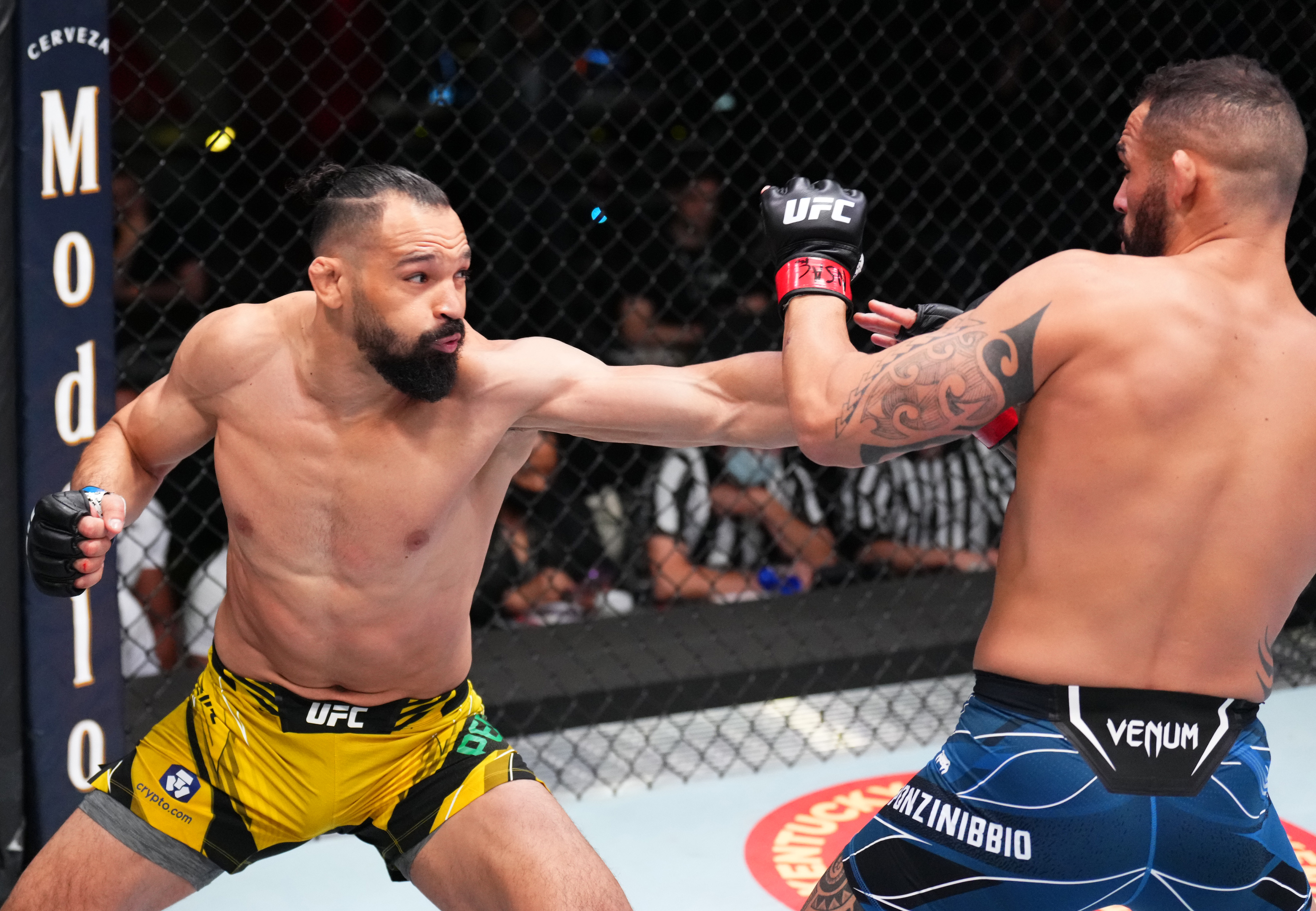 LAS VEGAS – Six of the 11 fights at the UFC Apex on Saturday evening resulted in early finishes, giving the UFC decision-makers plenty of choices when it came time to issue bonuses.

The co-main event of UFC Fight Night 206 between Michel Pereira and Santiago Ponzinibbio left a lasting impression as their three-round battle was the most intense of the evening. The fight turned into an all-out slugfest in the closing minutes, living up to the expectations for the contest between the two exciting welterweights. Naturally, their battle earned Fight of the Night honors.

The promotion also handed out two Performance of the Night bonuses, awarding a pair of fighters an extra $50,000 for their finishes.

Check out who all took home a bonus for their performance on Saturday.

‘Fight of the Night’: Michel Pereira vs. Santiago Ponzinibbio 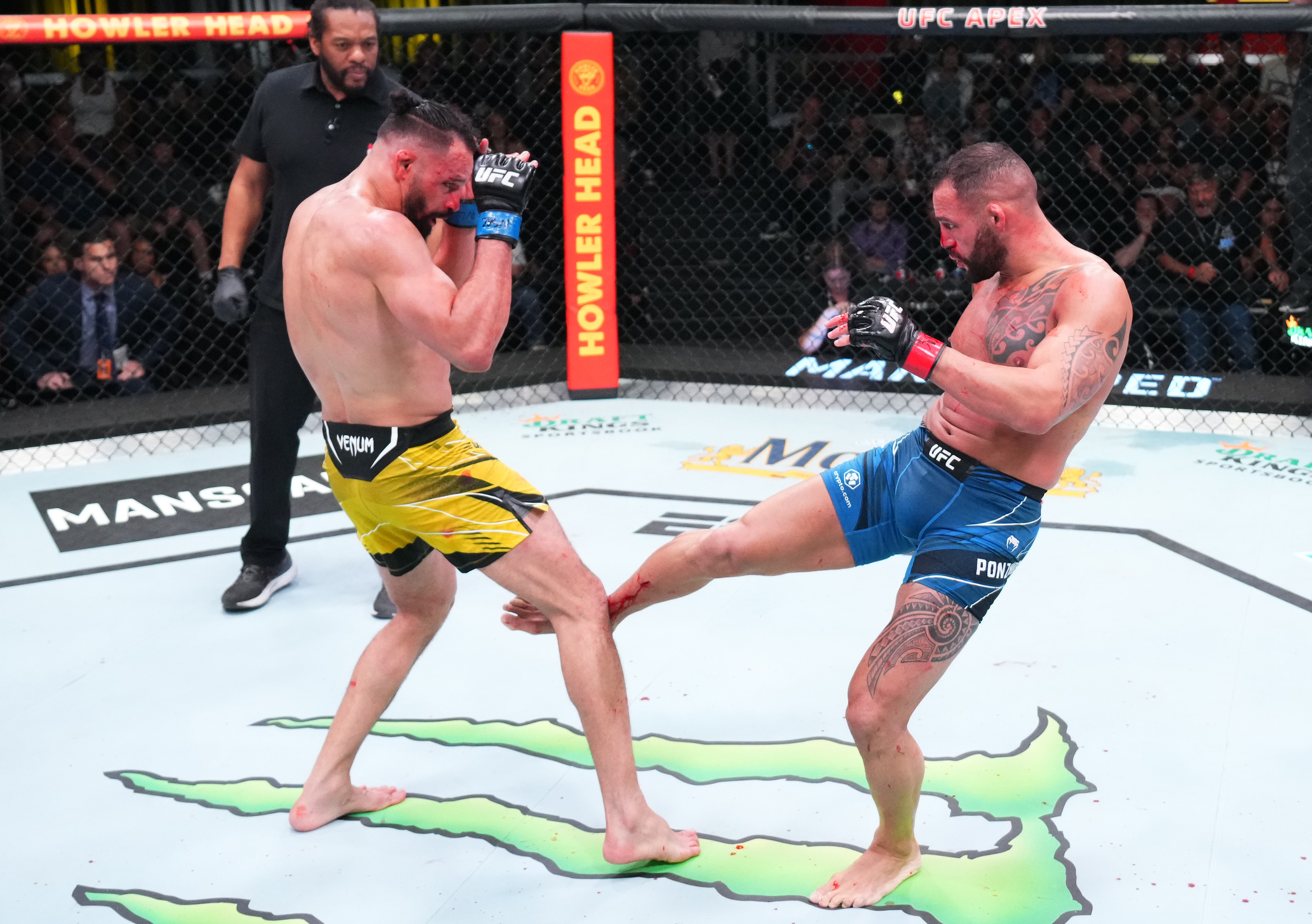 LAS VEGAS, NEVADA – MAY 21: (R-L) Santiago Ponzinibbio of Argentina kicks Michel Pereira of Brazil in a welterweight bout during the UFC Fight Night event at UFC APEX on May 21, 2022 in Las Vegas, Nevada. (Photo by Chris Unger/Zuffa LLC)

The co-main event of UFC Fight Night 206 met the pre-fight expectations. Michel Pereira and Santiago Ponzinibbio promised to be one of the most exciting fights on paper heading into Saturday. Not only did the fight get better in each round, the final round turned into an all-out brawl, causing the few fans in attendance at the UFC Apex to loudly cheer on the action between Pereira (28-11 MMA, 6-2 UFC) and Ponzinibbio (28-6 MMA, 10-5 UFC). When it was all said and done, the judges were split in their decision, but two of the three saw the bout in favor of Pereira. For their efforts, both men take home a $50,000 bonus for Fight of the Night. The award marks the third bonus for Pereira and the sixth for Ponzinibbio.

‘Performance of the Night’: Chidi Njokuani 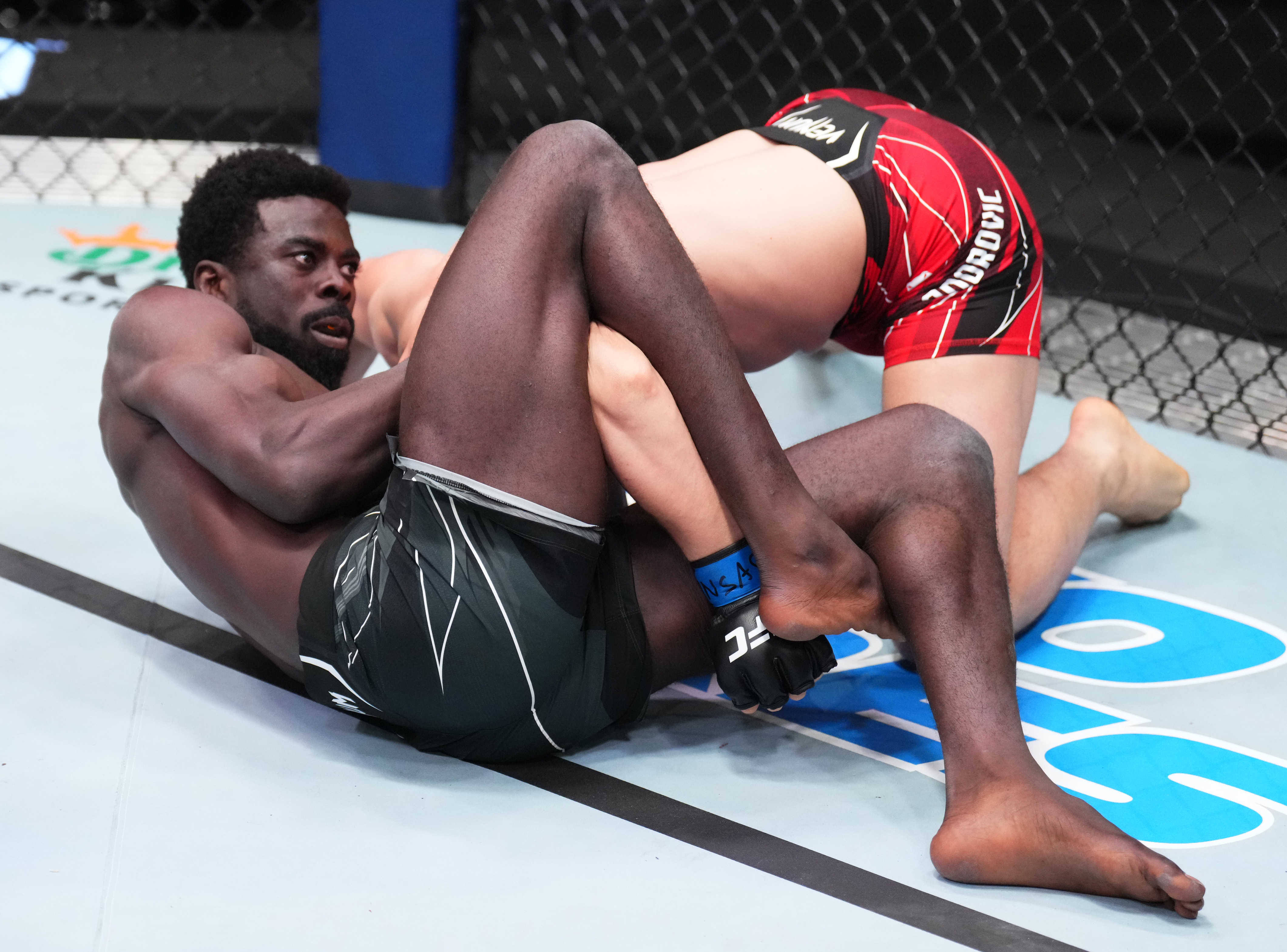 LAS VEGAS, NEVADA – MAY 21: (L-R) Chidi Njokuani works for a submission against Dusko Todorovic of Montenegro in a middleweight bout during the UFC Fight Night event at UFC APEX on May 21, 2022 in Las Vegas, Nevada. (Photo by Chris Unger/Zuffa LLC)

Middleweight Chidi Njokuani made quite the statement in the first round of his bout against Dusko Todorovic. Njokuani (22-7 MMA, 2-0 UFC) showed off a glimpse of his slick jiu-jitsu game by slapping on a D’Arce choke out of nowhere, he ultimately closed the show with a devastating knockout from a right elbow strike that put Todorovic (11-3 MMA, 2-3 UFC) out. Njokuani has now earned a Performance of the Night bonus in his two UFC fights, which both ended violently in the first round by knockout.

‘Performance of the Night’: Chase Hooper 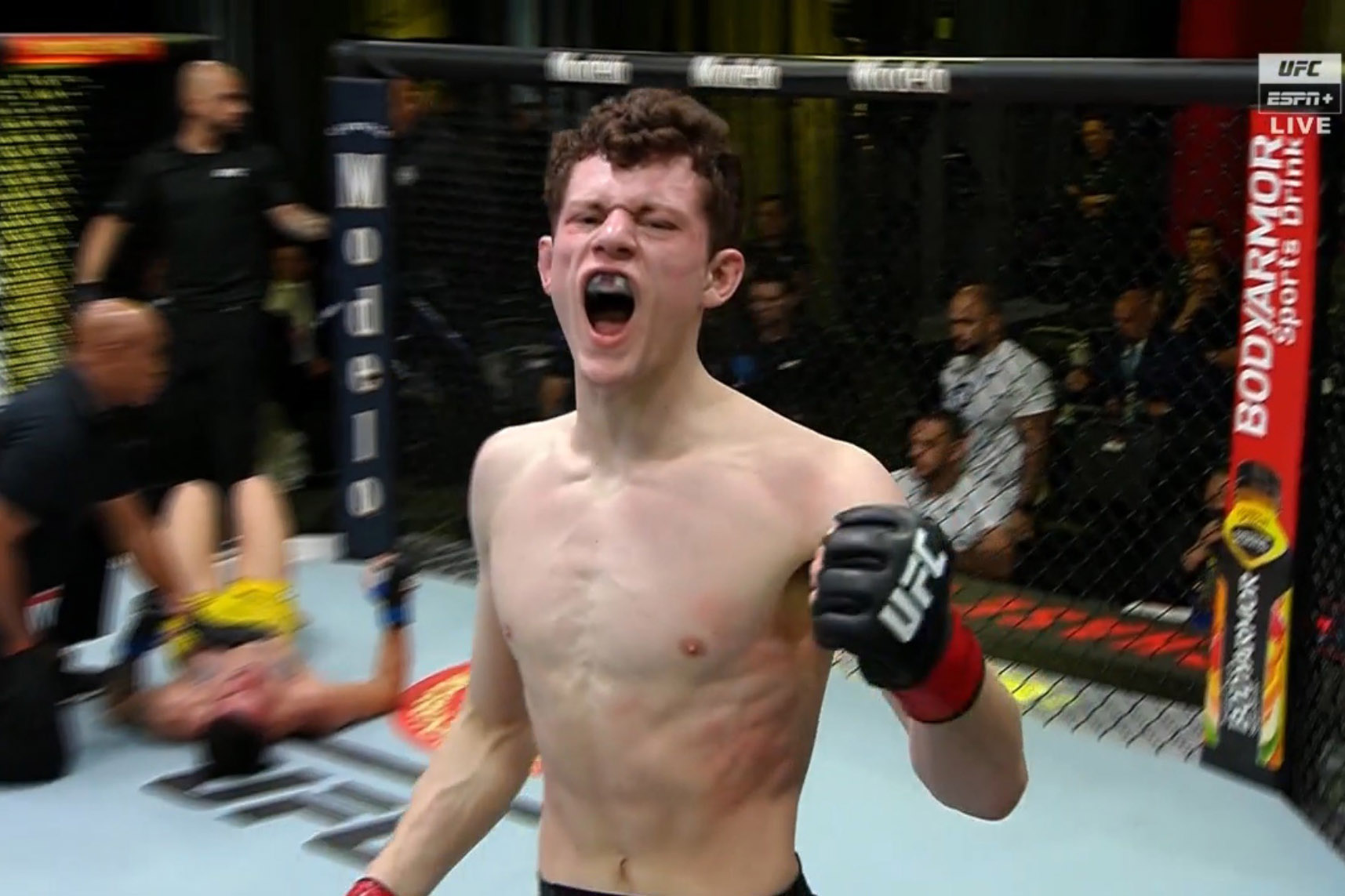 The 22-year-old grappler Chase Hooper turned in the most complete performance of his young career against Felipe Colares on Saturday. Hooper (11-2-1 MMA, 3-2 UFC) kept the pressure high on Colares (10-4 MMA, 2-4 UFC) from the moment the fight started. Not only did Hooper show his usual phenomenal ground game, but his performance on the feet proved he’s been working hard to level up his game. The hard work paid off in the form of a third-round TKO finish and a $50,000 Performance of the Night bonus, the first of his five-fight UFC run.