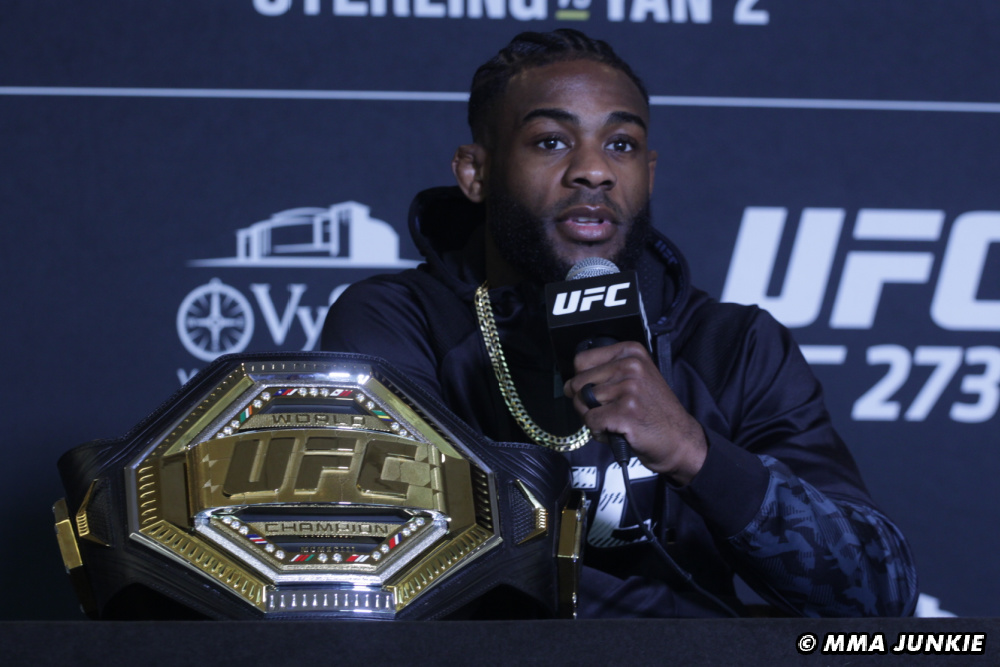 Sterling’s concern stems from Dillashaw’s positive drug test for EPO in 2019 that resulted in a two-year suspension. But despite Dillashaw (17-4 MMA, 13-4 UFC) being tested a multitude of times since then without issue, Sterling (21-3 MMA, 13-3 UFC) is skeptical heading into their title fight Oct. 22 at UFC 280.

“If I had to make a prediction, I would say there’s definitely no doubt in my mind that that guy’s finding some type of doctor or little micro-dosing or whatever, however that sh*t works,” Sterling told Submission Radio. “I guarantee you he’s finding some type of way to get an edge once again, as he’s done his entire UFC career. So I already made peace with it. So, at the end of the day, it is what it is.

“Like, I made the acknowledgement that I’m gonna step into there with this guy knowing that there’s a high chance of this happening. And it is what it is, man. I feel like this is not gonna be the first guy I fought that’s been on some (supplements), some extra supps. So, I think my hard work and skill set is enough to get the job done before, and I think it can get the job done again.”

Sterling silenced plenty of doubters when he defeated Petr Yan for a second straight time at UFC 273 – this time without any controversy. His striking has been ridiculed by Dillashaw, but he’s happy to prove the doubters wrong once again.

“At the end of the day, his usage of PEDs won’t make his fight IQ better,” Sterling said. “And I don’t think he’s fought anyone with my type of style. He could say whatever he wants in terms of it’s an easy fight, ‘Striking is embarrassing,’ all this stuff he’s saying. Like I said, the trash talk, someone’s got to eat their words, and someone’s gonna look very, very stupid.

“And I just really don’t think it’s gonna be me. The same thing with Petr Yan calling me a chicken, I’m a coward and all this stuff. And I’m like, ‘Dude, I didn’t get here by accident.’ So, if you think all this stuff that you want to say, uh, I mean, there’s one way we’re gonna find out is gonna be in a couple of weeks. So again, I just make peace with it.”

Sterling does acknowledge two-time UFC bantamweight champ Dillashaw’s accolades but thinks they come with an asterisk.

“I view T.J. as, I don’t wanna say legend, but he’s one of the greatest of all time in the bantamweight division,” Sterling said. “I mean, that’s facts just based on the numbers of wins that he’s had, him winning the belt. But I know firsthand that he has not done that the clean way like you should.”

For more on the card, visit MMA Junkie’s event hub for UFC 280.