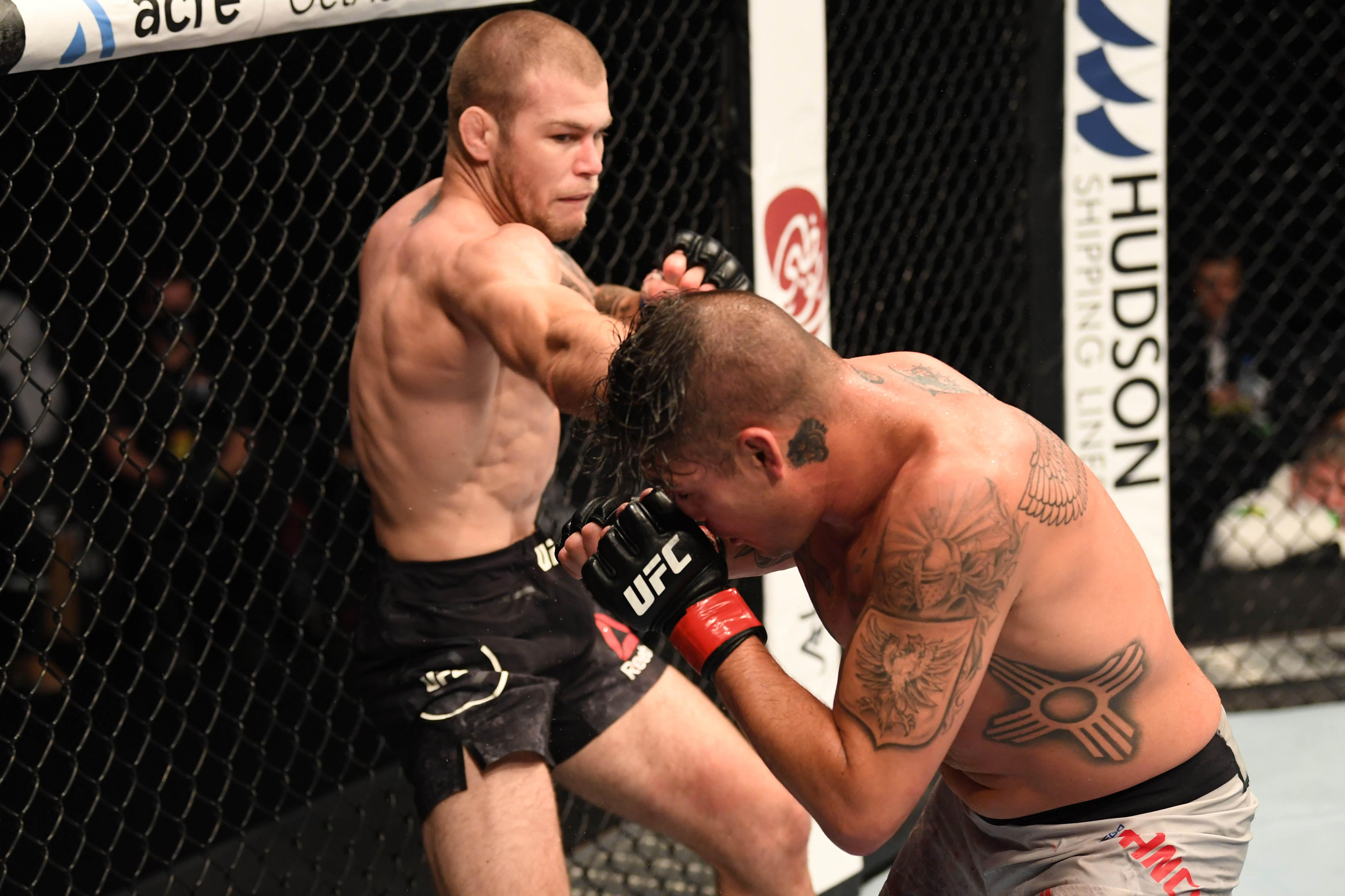 Jake Matthews was not going to allow Diego Sanchez to have late-career success at his expense at UFC 253 on Saturday.

The welterweight bout was part of the UFC 253 preliminary card at Flash Forum at Yas Island in Abu Dhabi. It aired on ESPN2 and streamed on ESPN+ ahead of the main card on pay-per-view.

Sanchez opened the fight by charging after Matthews with a combination, but to little effect. Matthews tagged Sanchez with number of hard right hands to set the tone. Sanchez struggled to find his range as he winged wild shots while rapidly changing stances and showing awkward movements. “The Ultimate Fighter 1” winner remained persistent, and started to touch Matthews, who answered with a takedown in the final 30 seconds followed by ground-and-pound to close the frame.

The second round saw similar tactics from Sanchez, who pushed forward with multi-strike combinations, most of which fell short of the target. Matthews remained methodical in picking his shots, but his output was significantly lower than the opening round. Sanchez upped the pressure with more combinations, and while he was able to lull Matthews into a bit of a brawl, Matthews didn’t get too wild and countered with some clean hits at the tail end of the round.

The final frame saw Sanchez open with a flying knee that was met with a counter. Matthews clinched up with Sanchez shortly thereafter and scored a nasty right hand that staggered Sanchez and put him on his backside. Matthews jumped down on top of Sanchez, who was split open with a bad, bad cut. Blood quickly covered the octagon canvas, and Matthews continued to chip away from on top. Matthews did his best to finish the fight on top, avoiding a Sanchez armbar in the process, but couldn’t get the veteran out before the final round.

“I just beat Diego Sanchez,” an ecstatic Matthews said in his post-fight interview with Jon Anik. “It hasn’t set in yet.”