Triple Take: Who will end 2021 as an unexpected UFC champion? 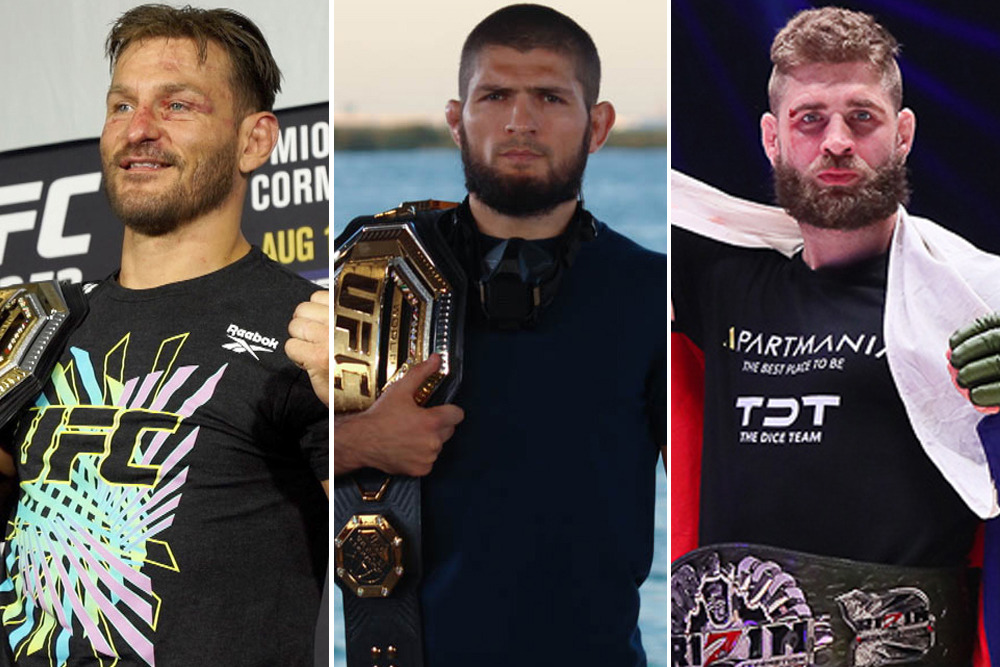 The UFC is coming off a year where no championship belts changed hands inside the octagon. There weren’t a ton of surprises when it came to title fights, but with 2021 brings new narratives.

In this latest edition of Triple Take, MMA Junkie’s Mike Bohn, Nolan King and John Morgan weigh in on who they think will overcome the odds to hold UFC gold by the end of 2021.

Mike Bohn: Stipe Miocic will surprise with his continued reign 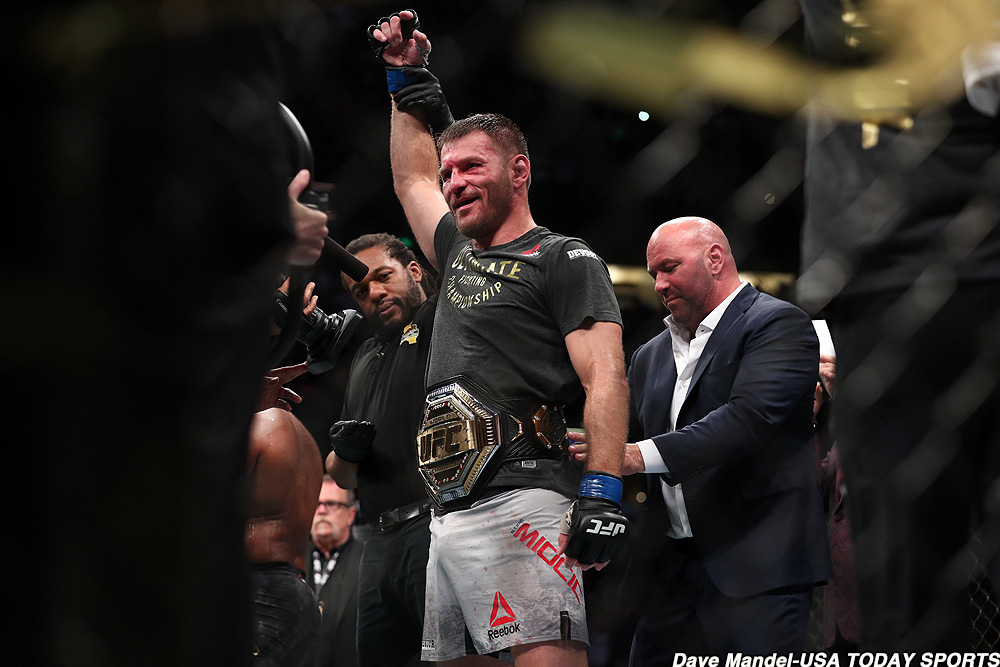 Stipe Miocic (20-3 MMA, 14-3 UFC) might be the most decorated heavyweight champion in UFC history, but he’s also one who is constantly overlooked. I don’t expect that to change this year, because in order to end the year with his belt, he’ll have to get through perhaps the two toughest fights of his career.

Many have already predicted Miocic’s reign will end in his next fight – expected for March – against Francis Ngannou. There’s no doubt Ngannou has looked terrifying in his past few fights, but it’s a rematch for a reason, and that’s because Miocic toppled the African knockout artist once before. Counting him out again would be foolish.

Should Miocic get past Ngannou for a second time, he’ll be staring directly at a showdown with arguably the greatest fighter in MMA history: Jon Jones. Although we’ve never seen “Bones” at heavyweight before, there’s already widespread belief his skillset will translate in the move up from light heavyweight, and there’s a good chance he’ll be the betting favorite by the time he steps in the octagon with Miocic.

Even the most faithful of Miocic supporters have to hold some concern about the year to come. He may conquer one challenge, but both? It could certainly happen – as Miocic is the heavyweight GOAT – but I wouldn’t put my life savings on it. 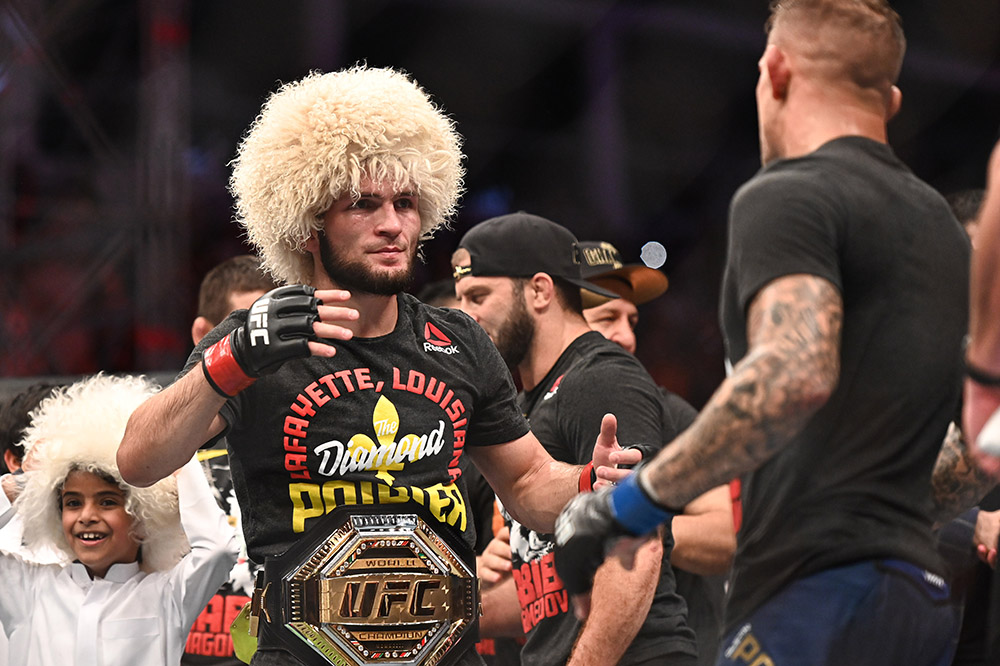 Wait, isn’t UFC lightweight champion Khabib Nurmagomedov (29-0 MMA, 13-0 UFC) retired? Maybe he is. Maybe he isn’t. But in the UFC’s eyes, right now, he’s not – and it seems like Dana White is going to do everything in his power to keep him around.

In MMA, retirements don’t really exist. And while I fully believe Nurmagomedov’s post-fight speech at UFC 254 in October was authentic and heartfelt, I think White’s deep pockets serve as an arm-twister for him to compete in MMA fight No. 30.

The Conor McGregor rematch is the fight White wants – and there are millions to be made for all involved. He’s said as much in recent interviews. With McGregor and Dustin Poirier rematch set to take place Jan. 23 at UFC 257, the lightweight picture is uncertain. But should McGregor win, it would potentially set up one of the biggest fights in UFC history.

Win No. 30 would solidify him as one of the all-time greats – and mean he hit his magic number. A lot has to happen before then – but if the fight happens close to 2022, I think Nurmagomedov could be the 155-pound strap holder to ring in the New Year.

Now that would be unexpected, wouldn’t it? 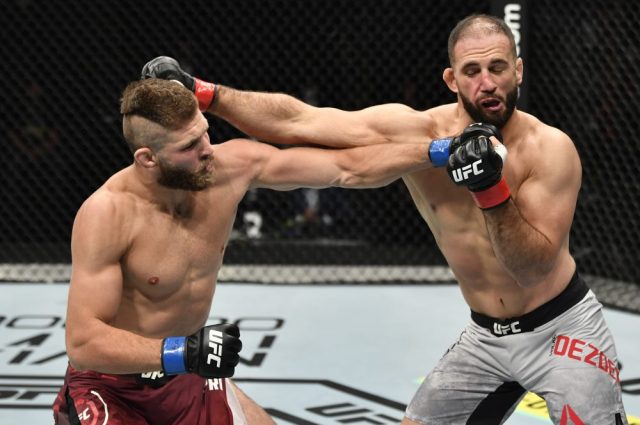 If you’re the kind of fan that only watches UFC, surely he at least got on your radar with a second-round stoppage of former title challenger Volkan Oezdemir at this past July’s UFC 251.

Either way, there’s no denying that this 28-year-old Czech fighter is a force to be reckoned with and one that is unquestionably coming into his prime.

Prochazka is currently ranked No. 13 in the latest USA TODAY Sports/MMA Junkie light heavyweight rankings, but he’ll have an early change to take a big step up when he faces No. 3 Dominick Reyes on Feb. 27. With Jan Blachowicz putting his UFC 205-pound title on the line just one week later, Prochazka could conceivably line up for the winner later in the year, so a summer title shot isn’t out of the question – though much will depend on the result of the Polish champ against “The Last Stylebender.”

And listen, long-reigning champ Jon Jones saying he’s got no desire to come back to 205 pounds just opens up the title picture even more. Truthfully, I think Prochazka has the ability to compete with any of the previously mentioned names – but it all starts with Reyes. A victory there, and the sky is the limit.