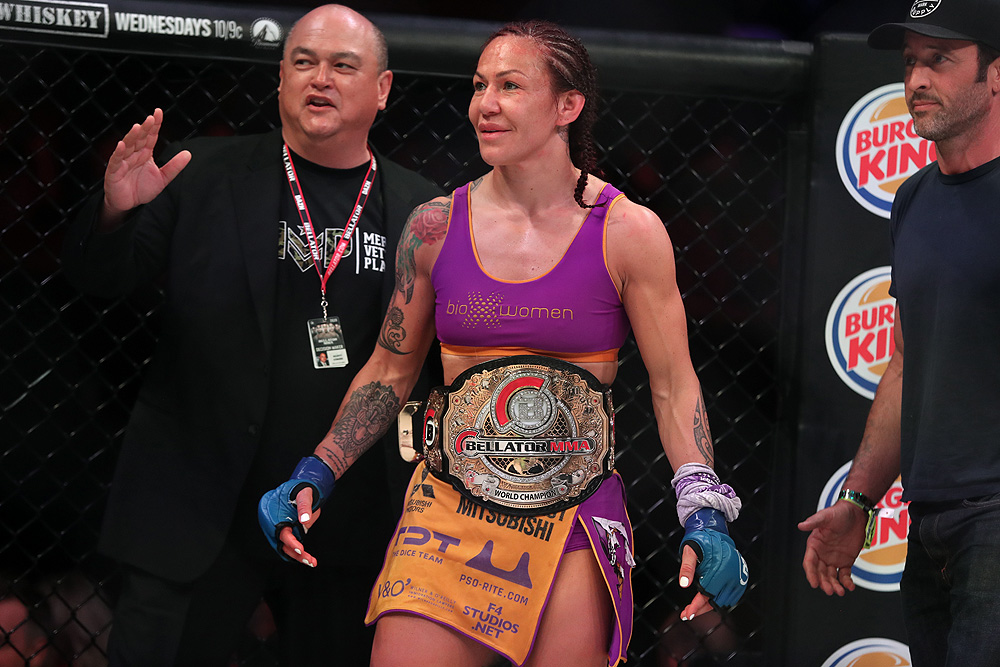 UNCASVILLE, Conn. — Cris Cybrog could find herself in the ring in the near future.

“There is dialogue between Eddie Hern and myself and I said I would hit him up after the show is over and we’ll continue talking,” Coker said at the Bellator 249 post-fight press conference. “Again, it’s going to be up to Cris to see what she wants to do. I know she’s like it’s up to us (Bellator), but really it’s up to her and her management to see what way they want to head.”

Cyborg (23-2 MMA,  2-0 BMMA) has expressed many times in the past wanting to test the waters in boxing. The former UFC, Strikeforce and Invicta FC champion has never competed in professional boxing, but she’s considered in MMA one of the most feared strikers in women’s MMA history.

Coker would like to see the MMA and boxing starts fight one another in both sports, but knows that could be a deal-breaker.

“To me, the caveat is going to be this, and this might be a deal breaker on some level, but part of me feels like this: When I saw the McGregor fight against Mayweather, I felt like McGregor is not a boxer, he’s an MMA fighter. Does he do boxing? Yes. But is he at the level of Mayweather? No, so for me that fight worked out the way it did but Mayweather should’ve fought Conor in MMA as part of the reciprocation.”

That could be a big hurdle for a potential Cyborg-Taylor bout, but Coker is not discarding the potential of figuring out a way to make the bout happen.

“We’ll have to work it out and it depends on what Cyborg wants to do,” Coker said. “If Eddie Hern wants to see who’s the best female combat star in capability, then he should think about it.”