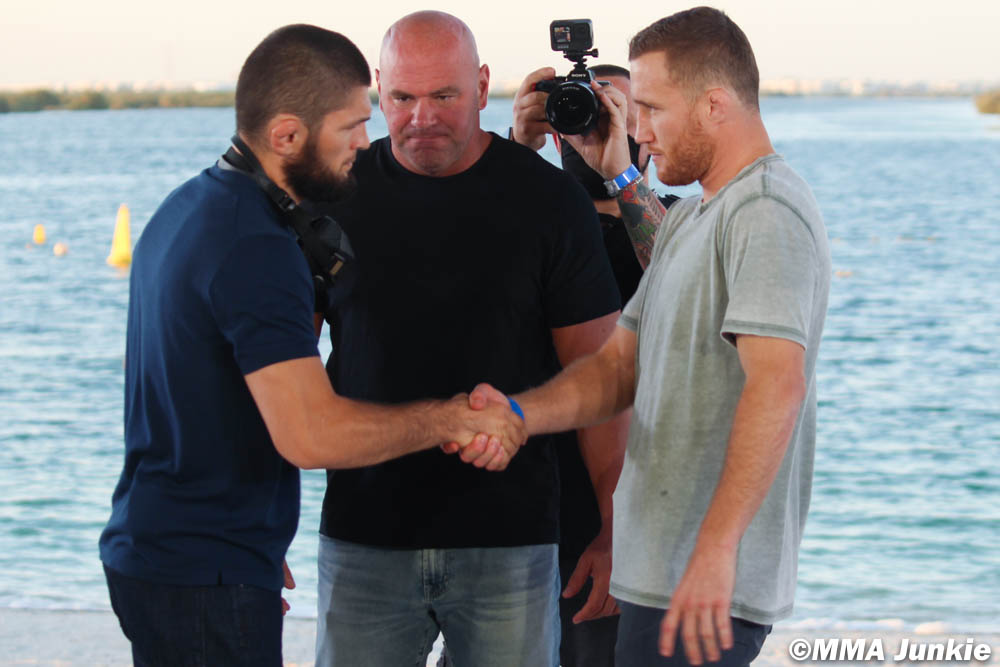 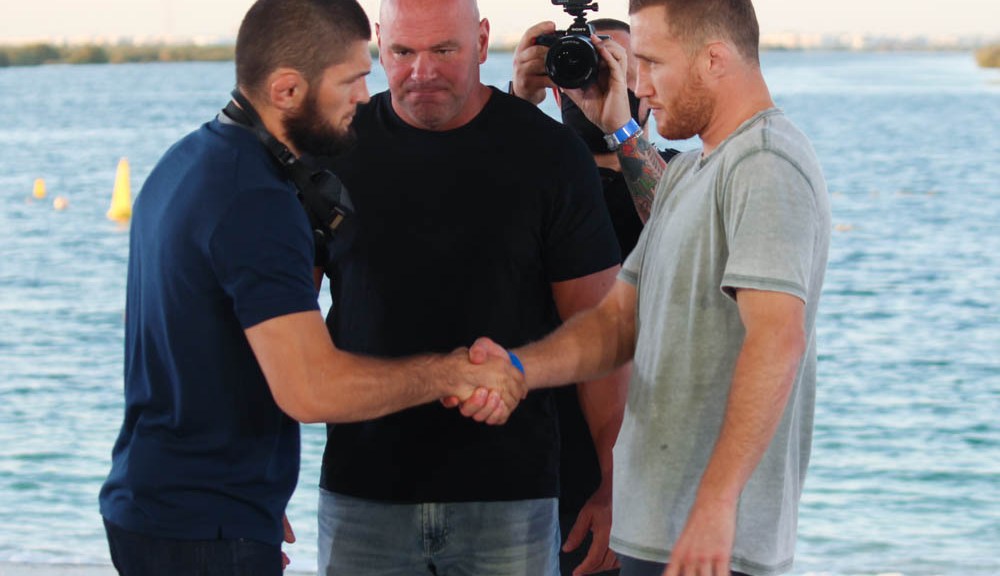 Going off the metrics MMA Junkie received from White, UFC 254 is shaping up to be a big success for the promotion – but the projections weren’t built on bad blood, Twitter beefs or faceoff shoves.

“These come together every once in a while,” White said at a news conference held Wednesday. “It’s not one of these fights where these two need to scream at each other and do all this stuff. People know who both of these guys are. They know what they’re both capable of, and that’s why this fight is so big.”

No dollies have been thrown through bus windows. No family members were insulted. There wasn’t even any banter at Wednesday’s beachside news conference.

Instead, the hype of the two best lightweights in the world fighting inside a cage appears to be enough for their respective fan bases and the broader worldwide audience.

Without the hatred that accompanies fighting a bitter rival, both Nurmagomedov (28-0 MMA, 12-0 UFC) and Gaethje (22-2 MMA, 5-2 UFC) still have motivating factors. For the challenger and current interim UFC lightweight champion Gaethje, he’s motivated by his close supporters and where he comes from, a town of approximately 9,500 people.

“I never thought a kid from Safford, Arizona would have this opportunity, especially halfway across the world in Abu Dhabi,” Gaethje said. “Look how beautiful this place is. I’ve never been to a place like this before. I’m not even supposed to be here. … So yeah, this is huge for me. It’s huge for my family, huge for my country, huge for the small town of Safford, Arizona. I’m so proud of that.”

With parents at UFC 254, Justin Gaethje will secure mom’s retirement when bell rings

Nurmagomedov, 32, is on the verge of adding another name to his laundry list of career victories. Frequently asked about his long-term plans, Nurmagomedov has often said he wants to go 30-0 before retiring. A win over Gaethje would get him halfway closer to that goal.

“He finished a lot of opponents, a lot of great guys – and he finished all of them,” Nurmagomedov said. “He was a great champion in (another) organization before the UFC. Right now, he’s an interim champ. He beat Tony Ferguson. I think (to) beat a guy like Justin Gaethje is going to be big for my legacy.”

Already an all-time combat sports legend to many, Nurmagomedov shook off comparisons to boxing greats Muhammad Ali and Mike Tyson – at least for now. However, there’s more story to be written.

“Mike Tyson is almost the same level, but personality(-wise), Muhammad Ali is (a) different level,” Nurmagomedov said. “For me to become like this, it’s a very hard question. When I (grew) up, I watched these guys like, ‘These guys are the greatest.’ I don’t know if I can ever become close to these people.

“I didn’t have this goal. I just want to win (all) of my fights. We’ll see in the future because I haven’t finished yet, everything that I have.”