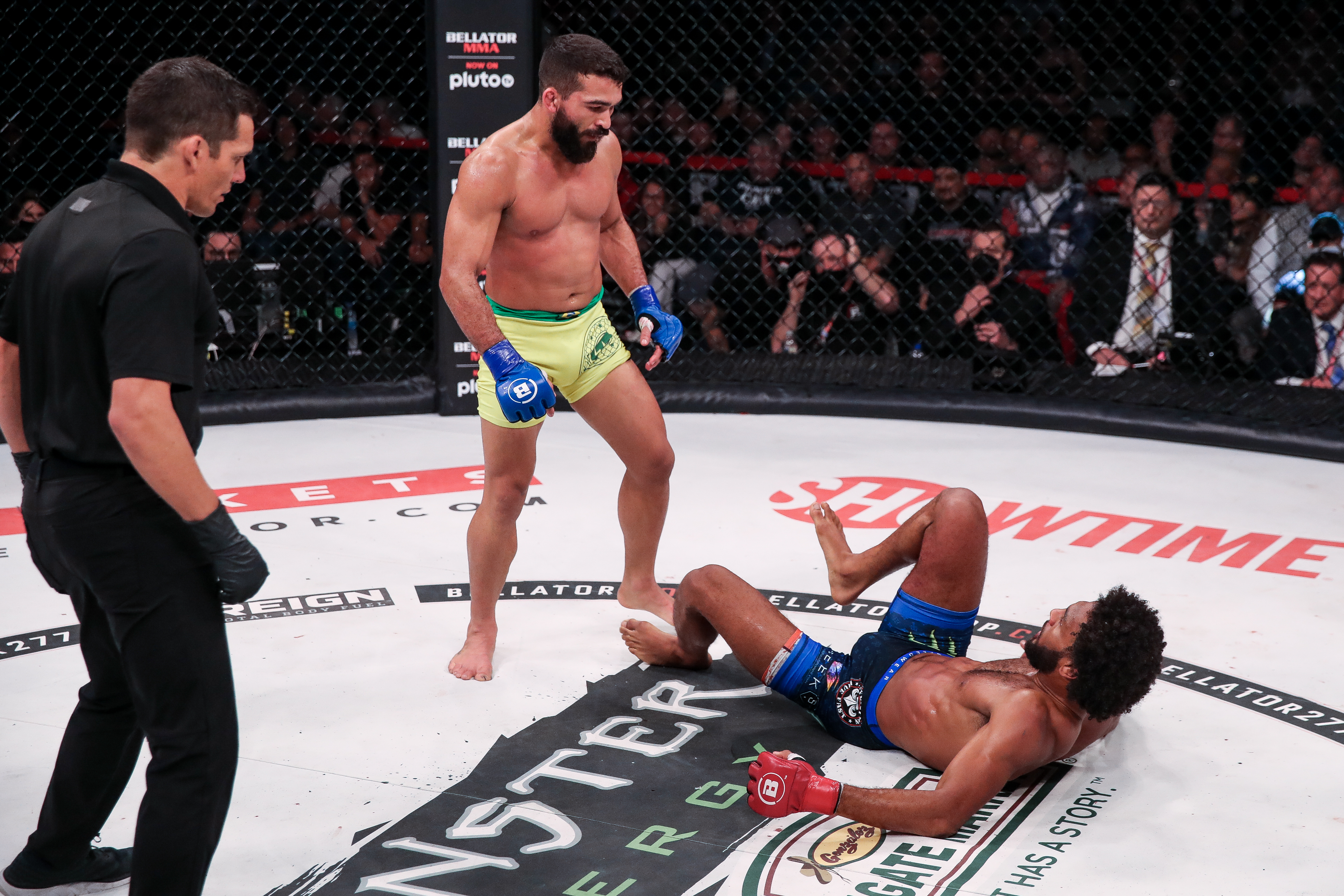 Patricio Freire is sick of hearing A.J. McKee talk. It’s been that way for a while, but perhaps now more than ever.

The two rivals recently were booked at Bellator 286, a card scheduled for Oct. 1 in Long Beach, Calif., McKee’s hometown. However, they won’t fight each other in a trilogy bout like many people were anticipating. Instead, Freire will defend his belt against Adam Borics, one fight after McKee makes his lightweight debut vs. Spike Carlyle.

Despite McKee’s recent claims the champion dodged a third booking, Freire recently told MMA Junkie the contrary was accurate. Freire said he asked for it.

“Bellator never offered me the A.J. fight. I wanted it. They said no,” Freire said in Portuguese through a translator. “They said he doesn’t deserve a rematch, and people want to see a different fight, so he can take his issues with them or shove it up his ass. I’m tired of him putting up fake bravados. He was doing the same before he finally signed the deal for the second fight.”

Recently, McKee told MMA Junkie he thinks Freire should’ve used his influence as champion to tell Bellator he only wanted a trilogy next. Freire sees hypocrisy.

“Adam Borics is a deserving contender, and he’s the one Bellator wants me to fight. Would I rather beat up A.J.? Sure, he’s still talking, so he needs a spanking. But I don’t make the call. A.J. tried to sit on the belt last time to fight anyone but me, and he ended up having to fight me again anyway. So he knows exactly how this works. … Lastly, he’s talking sh*t about doing things at lightweight, no disrespect to his opponent, who’s a tough one, but he was offered Alexander Shabliy, who is ranked (No. 6) and should actually be much higher, and he said no.”

The lifetime series between Freire and McKee is tied at one apiece. The first meeting took place at Bellator 263 in July 2021 when McKee snagged then-champion Freire’s featherweight strap with a first-round technical submission. At Bellator 277 in April, the two fighters rematched and Freire took back the title with a unanimous decision win.

Freire still has a gripe with referee Mike Beltran for a quick stoppage on the technical submission. Meanwhile, McKee doesn’t agree with the judges’ decision in the second meeting. Freire disagrees with that.

“I just beat him up in five rounds, and he only didn’t get finished because of his hair gel slipping him out of my guillotine,” Freire said. “Thirteen of 16 media members and the three judges scored it for me. He can cry as much as he wants, but he’ll never have that zero back (on his record). … Everything about him is fake, just like his win against me. He should thank (Mike) Beltran the rest of his life for that.” 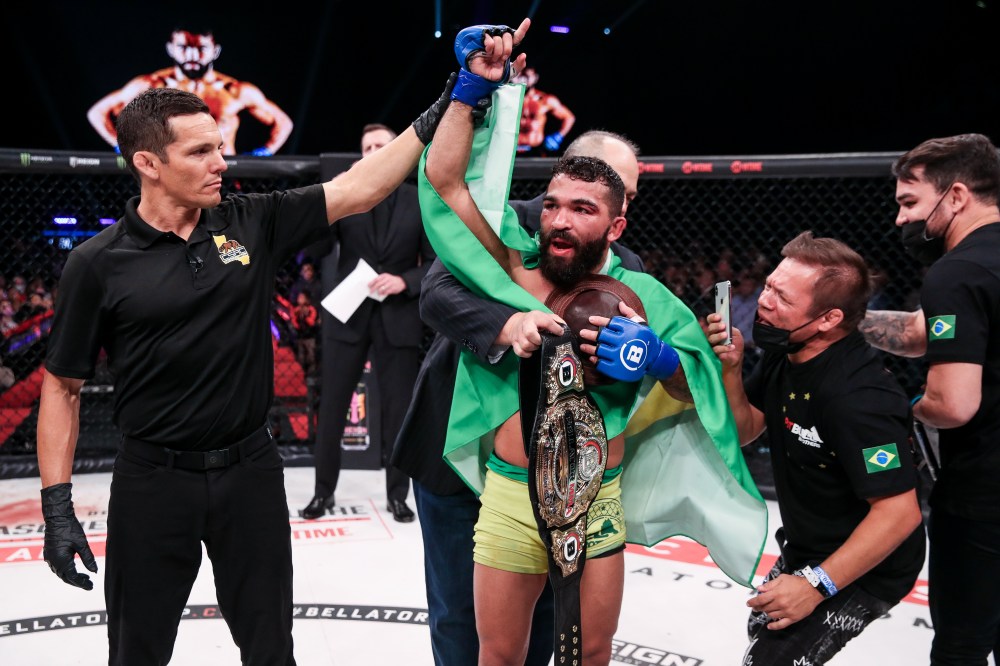