MMA Junkie’s Fight of the Month for September: A heavyweight slugfest in France 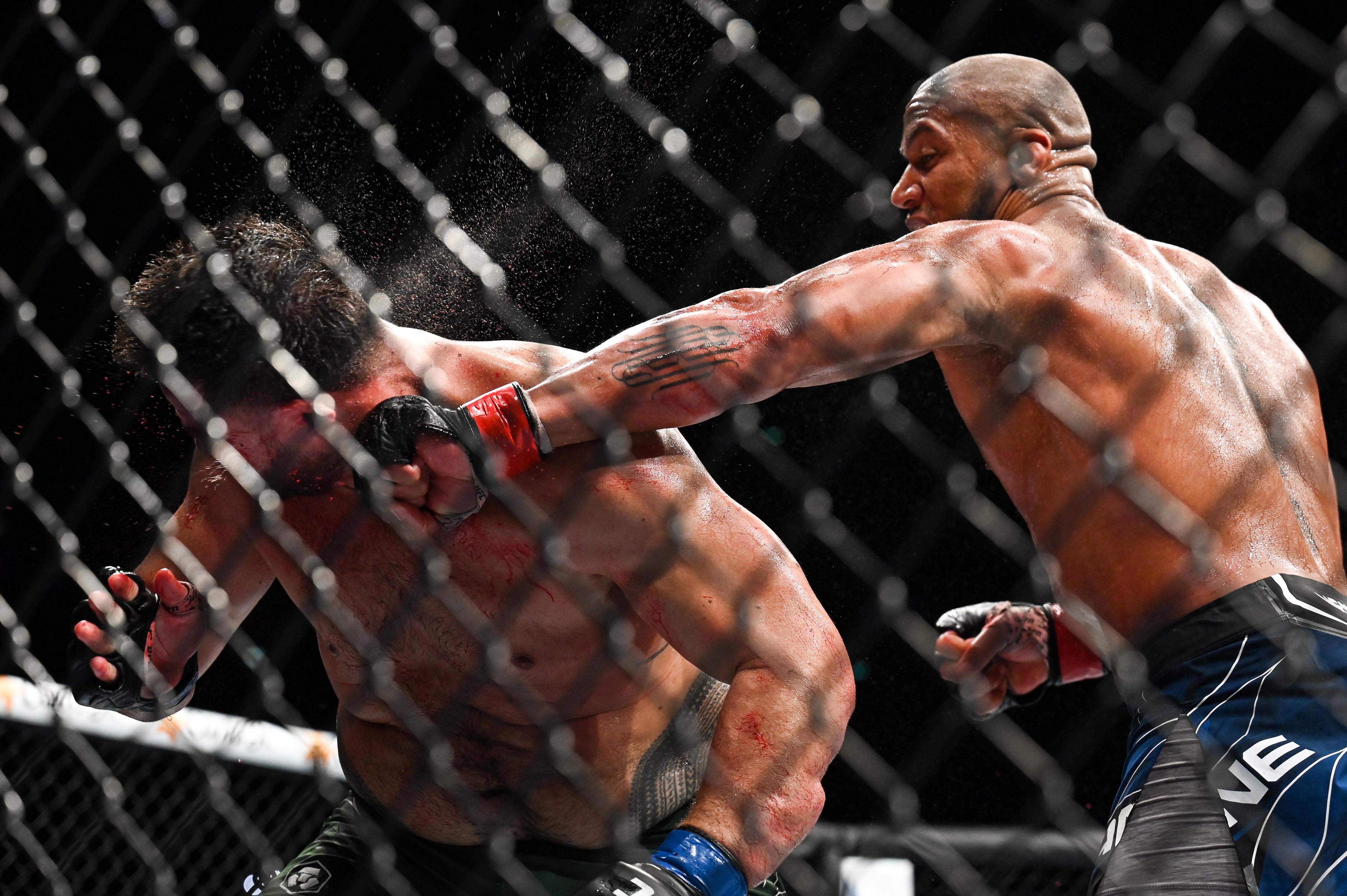 With another action-packed month of MMA in the books, MMA Junkie looks at the best fights from September 2022: Here are the five nominees, listed in chronological order, and winner of MMA Junkie’s Fight of the Month award for September.

At the bottom of the post, let us know if we got it right by voting on your choice.

The hometown hero emerged from the UFC’s debut in France when Ciryl Gane (11-1 MMA, 8-1 UFC) got his hand raised against Tai Tuivasa (15-4 MMA, 8-4 UFC) after a wild heavyweight brawl.

Gane got the fourth-round TKO of Tuivasa to conclude a fight where both sides suffered knockdowns. Gane gathered himself after being hurt and put together a number of combination, one of which led to the finishing sequence.

Gregory Rodrigues (13-4 MMA, 4-1 UFC) was in serious trouble after a perfectly timed knee from Chidi Njokuani (22-8 MMA, 2-1 UFC) rocked him in the first round of their middleweight bout and opened up a nasty gash between his eyes.

Rodrigues managed to survive a slugfest, though, but he was still in danger of losing after the cageside doctor told referee Marc Smith to have a short leash in stopping the fight because of the cut. Not to worry, though. Once Rodrigues got the fight to the mat early in the second round, that signaled the beginning of the end for Njokuani – and an incredible comeback for Rodrigues.

WHAT A COMEBACK 👏 #UFCVEGAS60 pic.twitter.com/lIrFPnZpq4

Sandhagen had a few issues with a tough and gritty Yadong. But a cut over Yadong’s left eye that Sandhagen created with an elbow was too deep for Yadong to continue into the final round. Sandhagen got a TKO finish when the doctor shut things down in between the fourth and fifth rounds.

The winner: Gane vs. Tuivasa 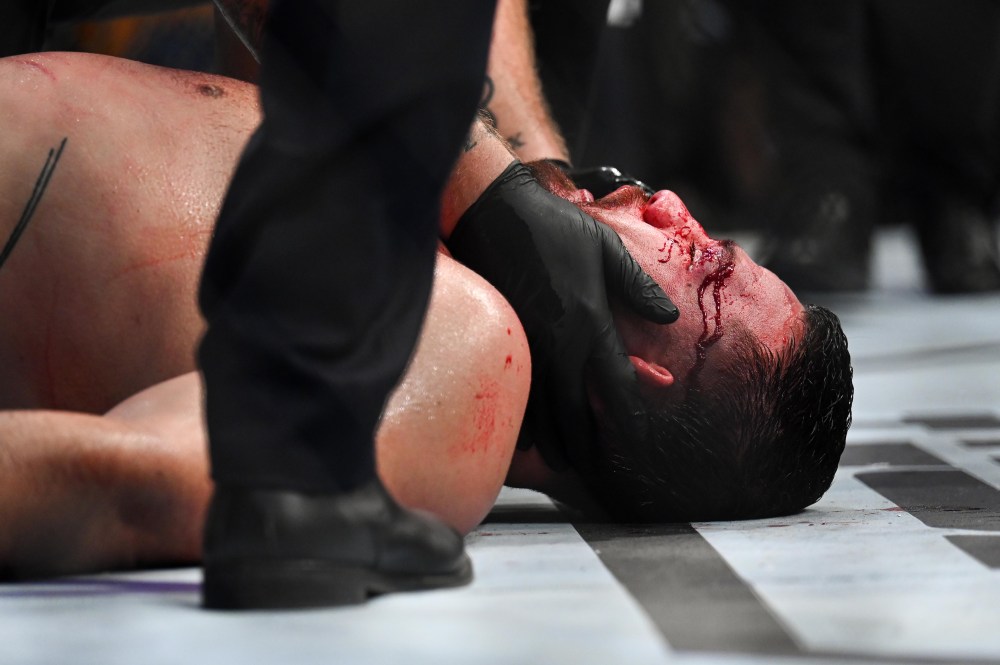 Gane made it a clean sweep for the locals when he finished Tuivasa in an all-time heavyweight barn-burner on UFC’s first-ever card in France.

The first round was timid, despite the loud French national anthem sung by the fans in attendance. Both men were heavy on leg kicks. Gane utilized a lot of footwork as many expected. He bounced around the cage as Tuivasa slowly prodded forward, reluctant to waste any energy.

Things exploded in Round 2, however. After he was sliced open by a Gane strike, Tuivasa dropped the former interim UFC heavyweight champion and pounced. Follow-up shots glanced, but the tables quickly turned when Gane countered with a series of body shots. Knees, punches, and kicks caused Tuivasa to wince. The two fighters swung wildly and both clocked the other, as they staggered forward and backward.

An already deafening French crowd somehow got louder during the fray and the subsequent pump-ups from the fighters. In Round 3, things got a little wild once again. With Tuivasa severely injured by the accumulation of massive body shots, Gane targeted the head. A right hand stunned Tuivasa, who turned sideways. A series of hooks floored the big Australian to the canvas.

Tuivasa ate some shots on the way down as Gane fell on top of him – and referee Marc Goddard on top of Gane. Accor Arena hit a new decibel in response.

“No words, no words, bro,” Gane told Michael Bisping in the cage after the win. “Just listen to that. Nobody on the planet expected this from the fans of France, bro. But look at this. I’m so happy about this, bro.”