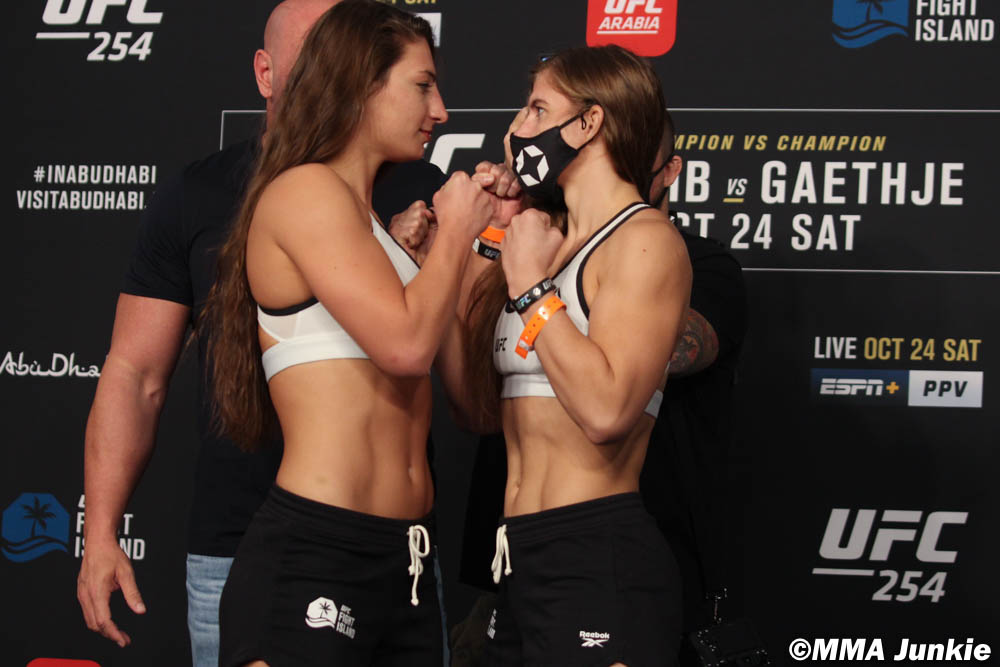 Miranda Maverick is not fond of Liana Jojua’s behavior during their faceoff ahead of UFC 254.

After Maverick (7-2 MMA, 0-0 UFC), a 23-year-old promotional newcomer, and Jojua (8-3 MMA, 1-1 UFC) made weight for their women’s flyweight matchup, the two sides came together for the first time at the pre-event faceoff.

The situation got tense, with Jojua getting right in Maverick’s face and mouthing her something before offering a handshake, which Maverick denied.

Maverick took to social media afterward and explained what happened on the stage. She said Jojua threatened her life in Saturday’s fight before offering a smile, and that didn’t sit well with Maverick (via Instagram):

Face-offs are done and I weighed in at 126. Opponent made a big mistake by telling me “I will kill you” like some remake of Rocky😂

You would think they’d learn not to threaten me. Never ends well for my opponents who do that… Then has the audacity to try and shake my hand😳😂 pffft not happening😅

Maverick was supposed to make her UFC debut in June, but it fell apart on late notice when she suffered an injury. She’s back now, though, and is ready to make a splash in her first octagon appearance against Jojua. 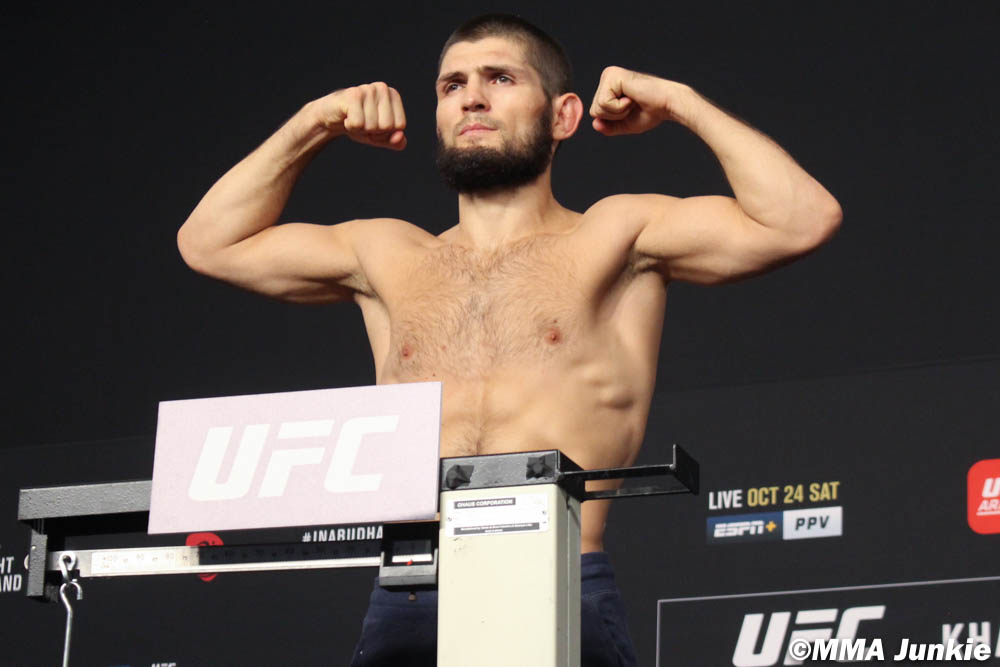