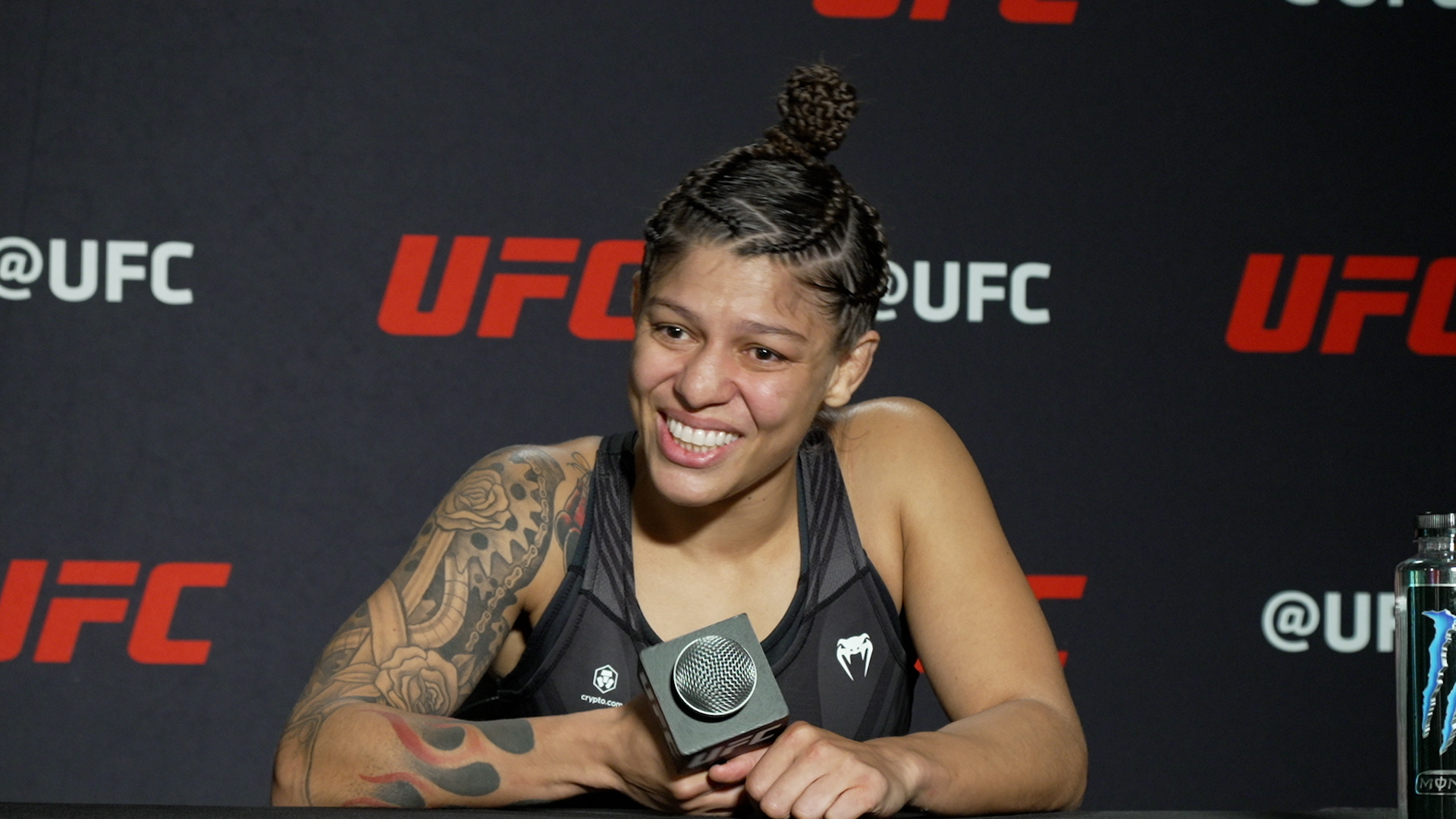 LAS VEGAS – The referee had to double check whether or not Stephanie Egger tapped to Mayra Bueno Silva’s armbar at UFC on ESPN 40.

That’s because once Bueno Silva (9-2-1 MMA, 4-2-1 UFC) latched onto Egger’s (7-3 MMA, 2-2 UFC) arm just over one minute mark Round 1 on Saturday’s card at the UFC Apex, she felt a tap and decided to let go of the submission and signal to the ref that the fight was over.

Referee Chris Tognoni waved the fight off and asked for a replay. He polled the three cageside judges for help, and after at least one judge claimed he absolutely saw Egger tap, the result was made official. Egger protested the stoppage and denied tapping, but Bueno Silva is adamant she did.

“God sees everything and God is my judge,” Bueno Silva told MMA Junkie and other reporters post-fight at UFC on ESPN 40. “She tapped on my leg. I feel first and two and three and OK because I remember I did some training in CSA Gym and then Jessica-Rose Clark tapped, tapped, tapped, and I thought, ‘Wow no, I don’t need to break her arm. Why? No, and then I let go…I was like, ‘Stephanie, you tapped.’ She (looks around confused), but the judge helped me.”

Since signing with the UFC in August 2018, Bueno Silva has fought at the UFC Apex all but twice. She hopes that after notching back-to-back wins, she can fight in front of a crowd, preferably on the same UFC 281 card as headliner and fellow Brazilian Alex Pereira.

“This year, it’s been four months I signed a contract with the UFC in the Contender Series Brazil. Four years and now, OK, stop Apex. Give me a big arena please.”

For more on the card, visit MMA Junkie’s event hub for UFC on ESPN 40. 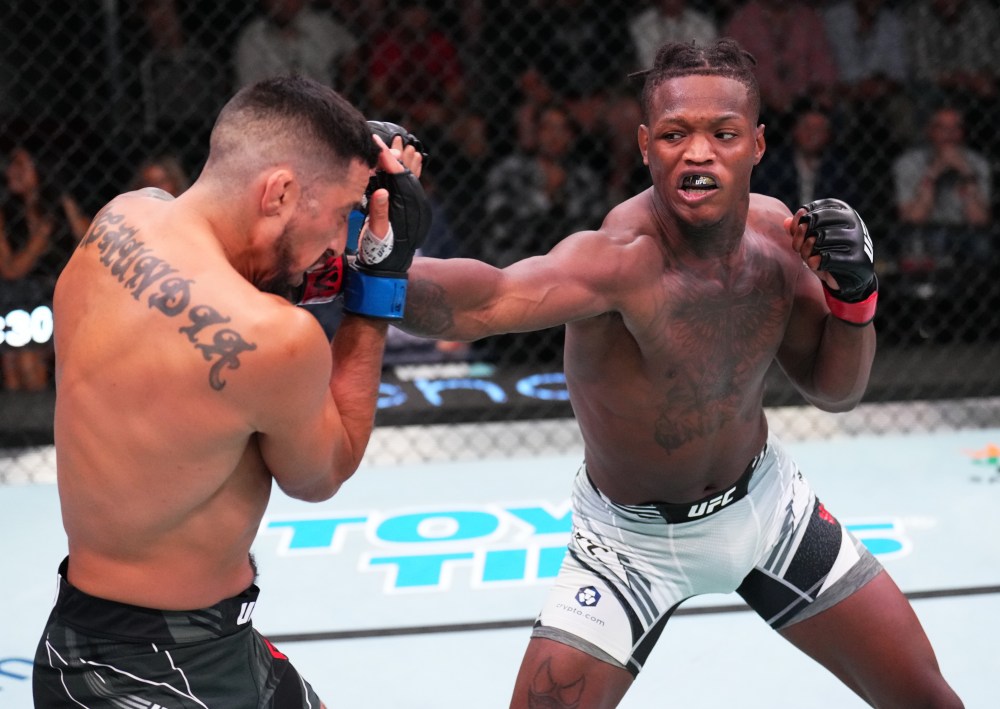 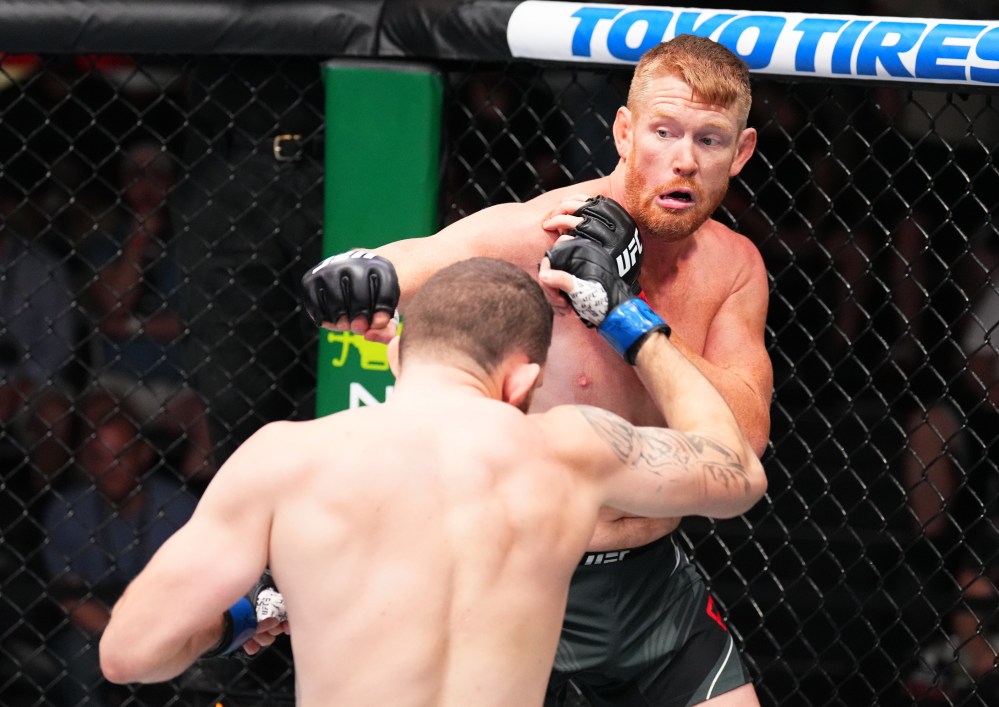