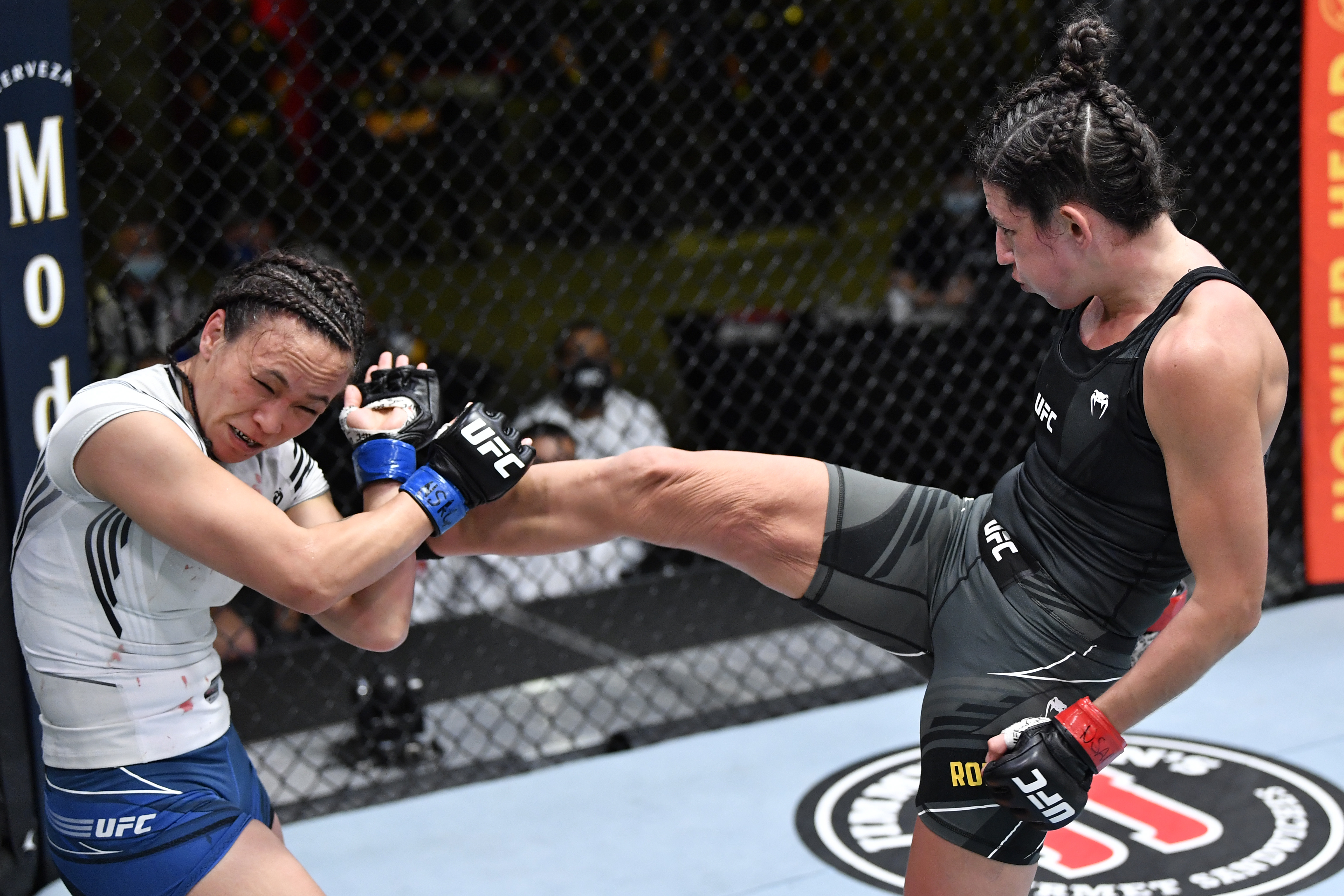 LAS VEGAS – Marina Rodriguez is eyeing the biggest names at strawweight following her win over Michelle Waterson at UFC on ESPN 24.

Rodriguez (15-1-2 MMA, 4-1-2 UFC) outworked Waterson to a unanimous decision in Saturday’s headliner at the UFC Apex, and though it came in the women’s flyweight division due to the short-notice nature of the bout, the result elevated the Brazilian at 115 pounds.

There are a number of fights that hold Rodriguez’s interest, but a matchup with Joanna Jedrzejczyk (16-4 MMA, 10-4 UFC), the most successful champion in the division’s history, appears to stand out above all.

“I would like to fight a couple more times this year,” Rodriguez told MMA Junkie through an interpreter at the UFC on ESPN 24 post-event news conference. “Hoping a top-three opponent next time around. Yan (Xiaonan) is fighting (Carla) Esparza now. If she wins, that could be a very good fight. Esparza I fought already, and quite recently, so it’s not a fight I’m very excited to do. Maybe one of us gets the belt and we can fight again. Joanna (Jedrzejczyk) is a fight that I’ve always been looking forward (to) and I think the fans are, too. If she’s back and considering fighting again, I would be more than willing to fight her.”

Rodriguez’s journey to UFC on ESPN 24 was a treacherous one. She got the call to fight on 11 days’ notice, she said, then had to deal with a lot of clerical hurdles in her home country in order to get the necessary documents to fight.

In between all that, Rodriguez had to travel to the United States and deal with a number of quarantine days along the way. She showed up in Las Vegas on the Wednesday of fight week, and still made weight.

It didn’t appear to hinder her in the octagon, either. Rodriguez said she knew Waterson was a tough stylistic challenge regardless of the circumstances, and she did her best to make it an entertaining fight.

“One of the big things was trying to control the distance without making it boring,” Rodriguez said. “At the end of the day that’s what we’re here for. We’re not here to put on boring fight, we’re here to entertain the fans as well. She did a very good job at avoiding it, so props to her. I came here to get a knockout if there was a chance and she didn’t put the chance out there. I tried to blitz as much as I could, but I couldn’t get the finish. But that’s props to her.” 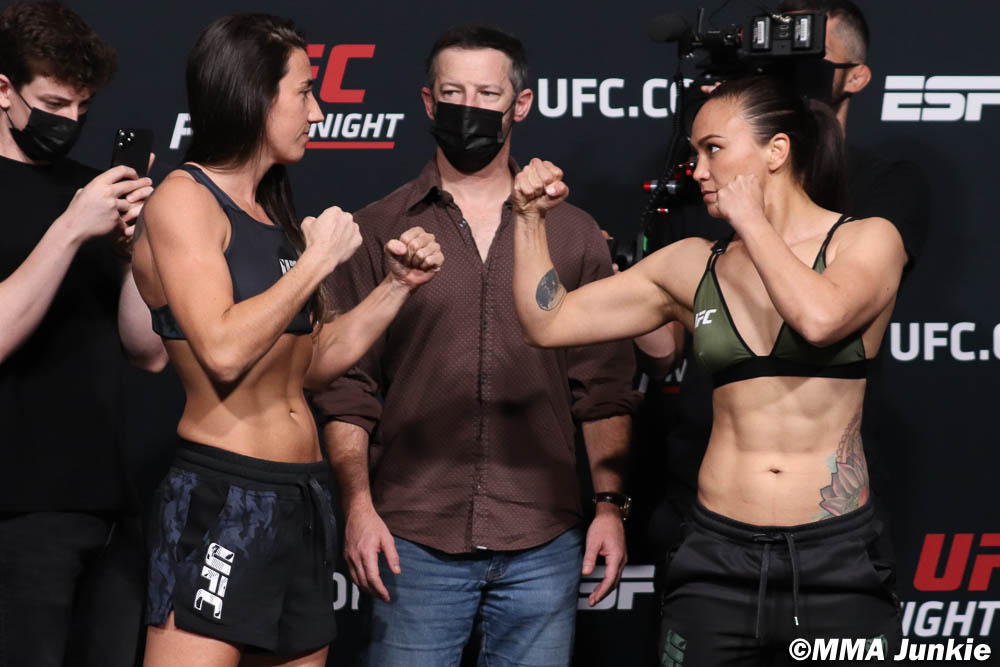 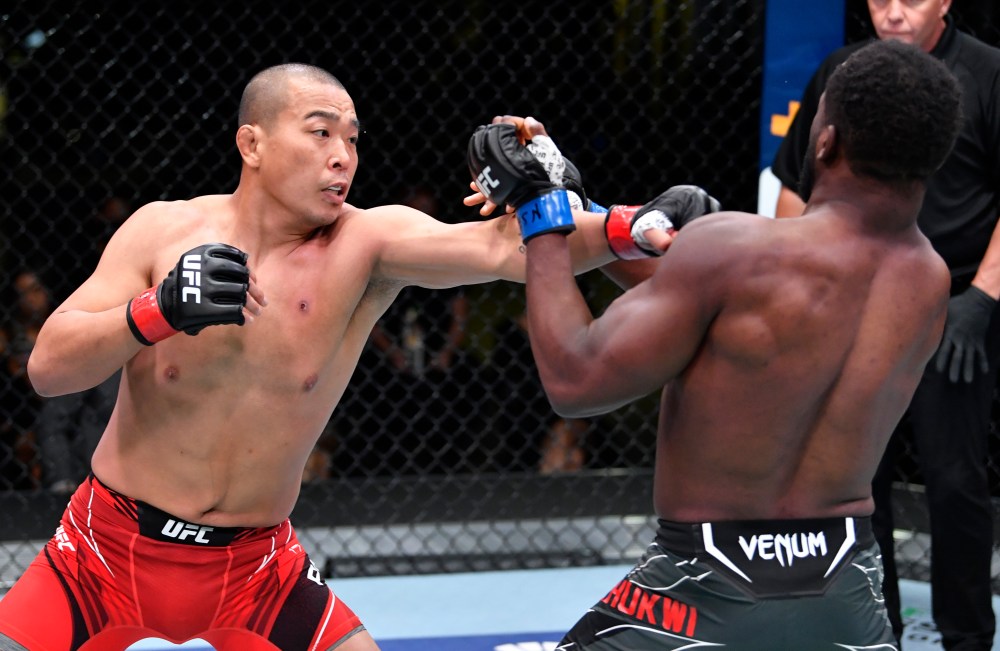