Kemran Lachinov explains why he put his hands down in Bellator 249 win: ‘I go in there to win or die’ 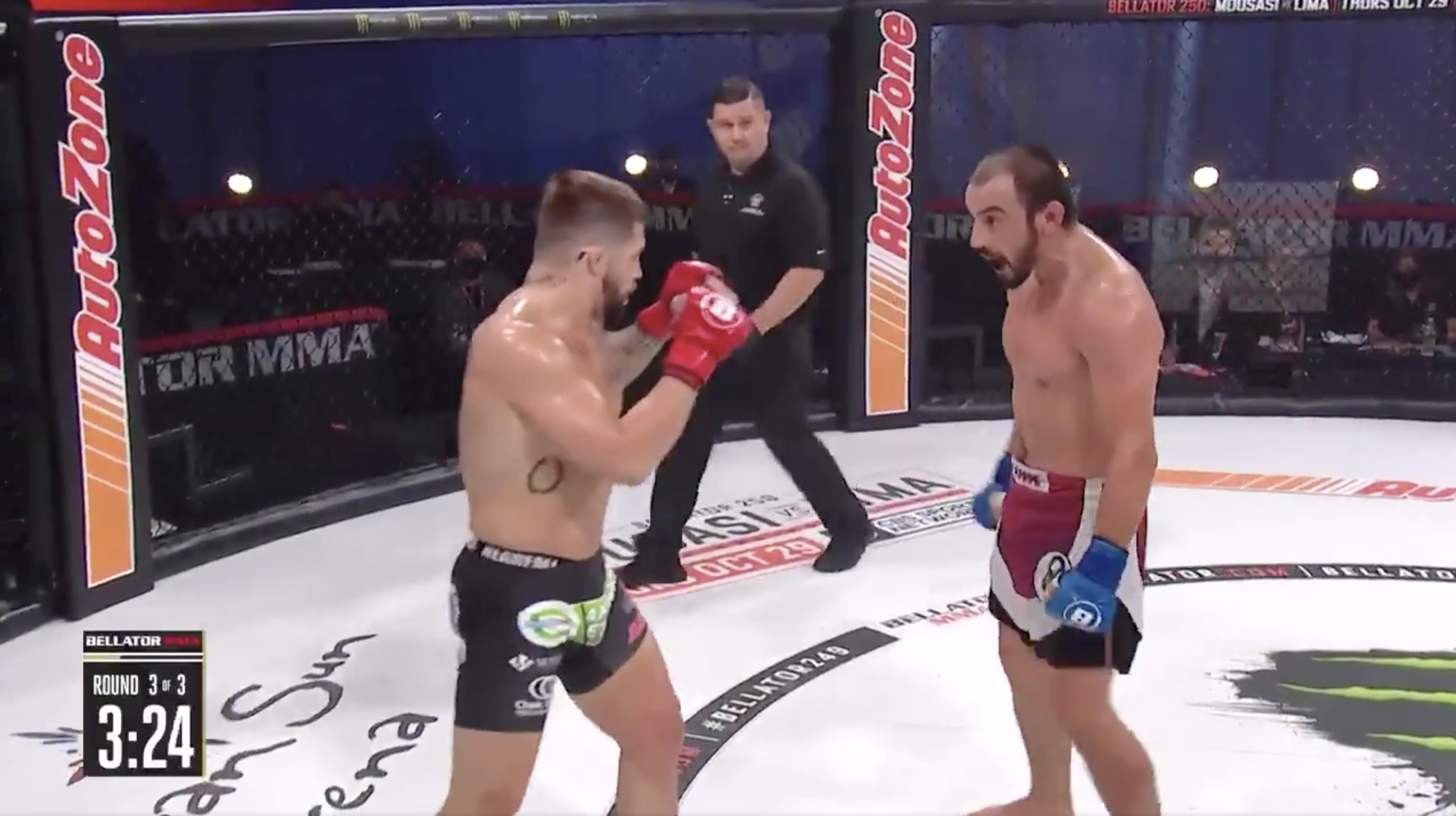 UNCASVILLE, Conn. – “Protect yourself at all times” advice in professional fighting might not mean much to Kemran Lachinov.

The Bellator welterweight is not afraid of letting his opponents take freeb shots at him during a bout. He said he’s prepared for the worst every time he sets foot in the cage. On Thursday, Lachinov (10-2 MMA, 5-0 BMMA) extended his winning streak to eight with a unanimous decision nwin over the perviously unbeaten Kyle Crutchmer Kyle Crutchmer (6-1 MMA, 2-1 BMMA) at Bellator 249 in Uncasville, Conn.

But though it was a good showing from Lachinov, things looked risky for a few seconds when “Killer Kem” dropped his hands and let Crutchmer take a few solid shots at him midway through the fight.

“I put my heart out there,” Lachinov said at the post-fight news conference. “I told my family and my teammates, ‘I go in there to win or die.’ I leave everything in the cage and I’ll get the ‘W.’

“If I need to leave it there, I’ll leave it there. That’s why I dropped my hands. It wasn’t disrespect to my opponent. It wasn’t me underestimating his hands. They were powerful shots that he threw. But I said it before and I’ll say it every time: ‘I’ll leave everything in there in the cage, but I’ll get the ‘W’ out of it.’”

One of the shots from Crutchmer seemed to connect flush on Lachinov, but the 30-year-old took the hit well. When asked if he was concerned to get hurt or potentially get knocked out while having his hands down, Lachinov said he wasn’t.

As far as what’s next now having five wins and no defeats under the Bellator banner, Lachinov expressed interest in taking on one of Bellator’s most called-out names.

“There’s been a guy that’s been annoying everyone,” Lachinov said. “I’m a big fan of Khabib Nurmagomedov, ‘The Eagle,’ and he’s an inspiration. But there’s one guy, Dillon Danis: What’s up? What’s up, my ninja? Let’s do it.”