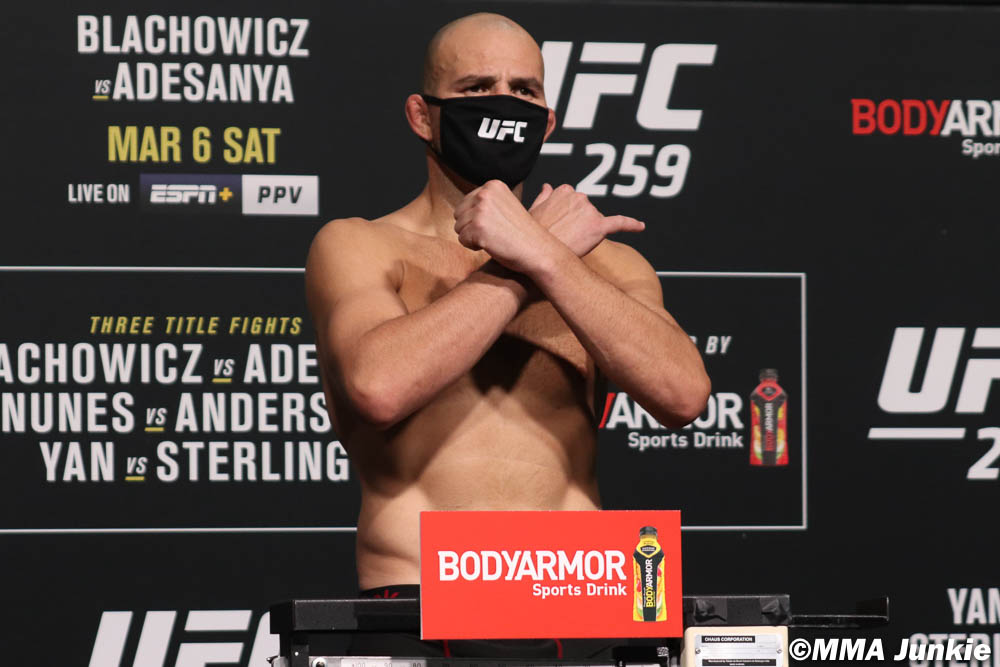 Glover Teixeira is officially the backup opponent for the UFC 259 main event.

The veteran fighter made the championship limit required for title bouts at light heavyweight, registering 204.5 pounds on the scale Friday morning in Las Vegas. That means Teixeira (32-7 MMA, 15-5 UFC) is on standby in case Jan Blachowicz or Israel Adesanya have to withdraw before Saturday night..

.@GloverTeixeira is weighed in and ready if anything happens to Jan Blachowicz vs. Israel Adesanya at the 11th hour. 🤞#UFC259 | Full results: https://t.co/8NaygzvFAD pic.twitter.com/SKtuiaaUD1

The champion-vs.-champion showdown, with Blachowicz putting his 205-pound title on the line vs. middleweight champ Adesanya, already passed a major hurdles, as both fighters made it through fight week without getting injured or testing positive for COVID-19.

Both made weight without issue Friday morning. Blachowicz came in right at the 205 limit, while Adesanya came under at 200.5.

MMA during the pandemic has seen many matchups fall through the day of events. Teixeira will stay put as a potential replacement until both Blachowicz and Adesanya are in the cage Saturday night at the UFC Apex in Las Vegas.

Teixeira last fought in November when he submitted former title challenger and UFC 259 competitor Thiago Santos. The 41-year-old is on a five-fight wining streak and currently deemed the No. 1 contender at light heavyweight, according to the UFC official rankings. 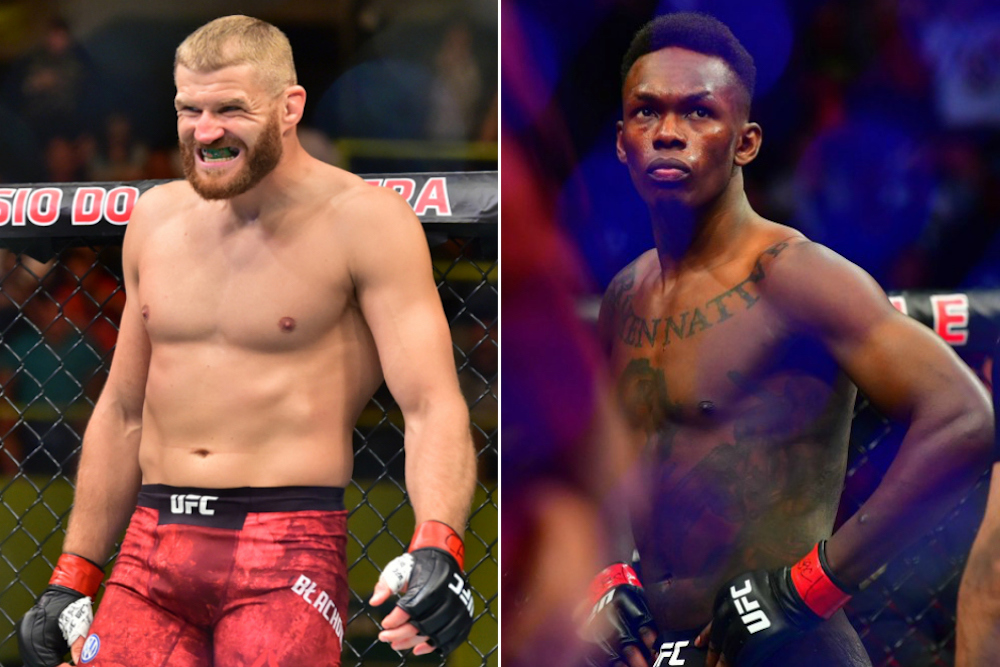