From Jon Jones to Jake Paul, Dana White answers who could fight in UFC this year 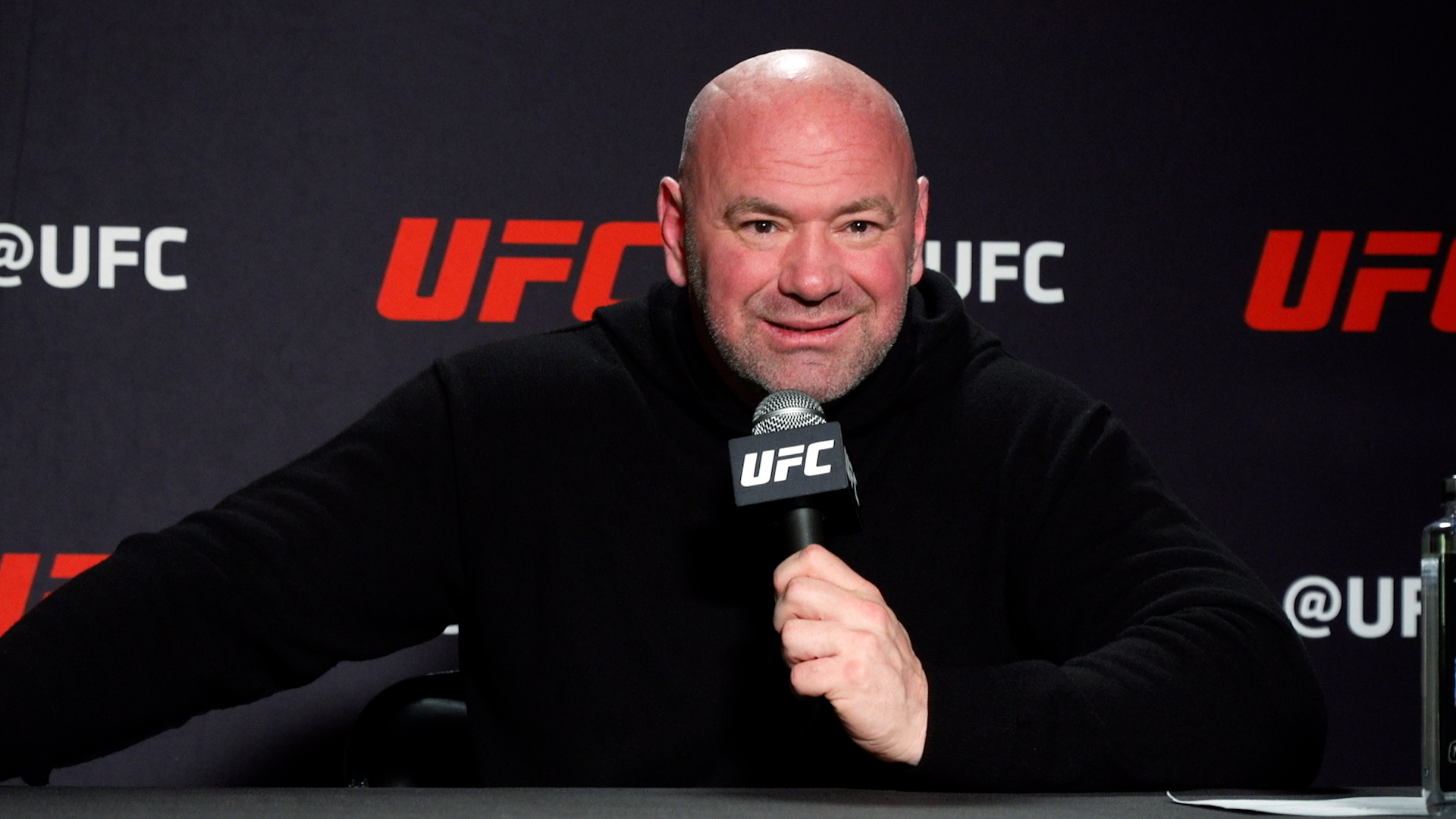 UFC president Dana White has weighed in on the possibility of various fighters competing inside the octagon this year.

Speaking to TSN’s Aaron Bronsteter, White partook in their annual odds show in which he answered yes or no on the chances of seeing the likes of Jon Jones, Zabit Magomedsharipov, Nick Diaz, Jake Paul, and even Hasbulla fighting in the UFC in 2022.

Check out the full list of fighters White was asked about below: 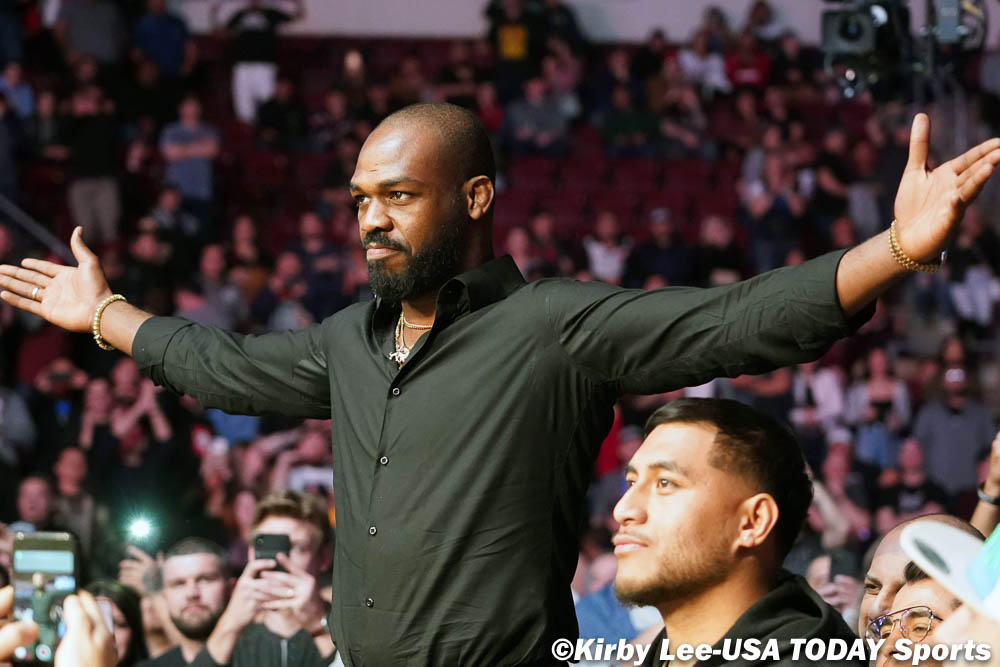 Former UFC light heavyweight champion Jon Jones hasn’t competed since retaining his 205-pound title against Dominick Reyes in February 2020. Jones has since relinquished that belt and bulked up for a heavyweight move, but he’s yet to make his divisional debut after missing all of 2021.

With Francis Ngannou set to unify the heavyweight title with interim champ Ciryl Gane in Saturday’s UFC 270 main event, Jones could be looking at the winner. 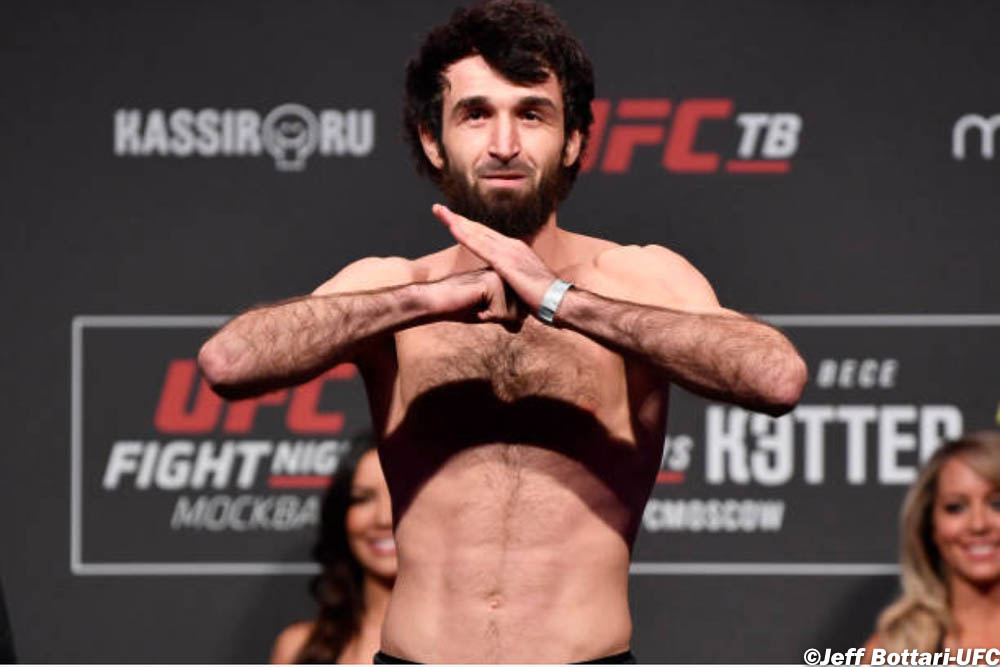 Where in the world has Zabit Magomedsharipov been? No one has really given a straight answer as to why the featherweight contender hasn’t competed since defeating Calvin Kattar in November 2019, and it doesn’t seem like White is confident we’ll be seeing him this year.

Rumors emerged that Magomedsharipov has been dealing with some health issues that have kept him sidelined, but it is unknown when he’s looking to compete again. 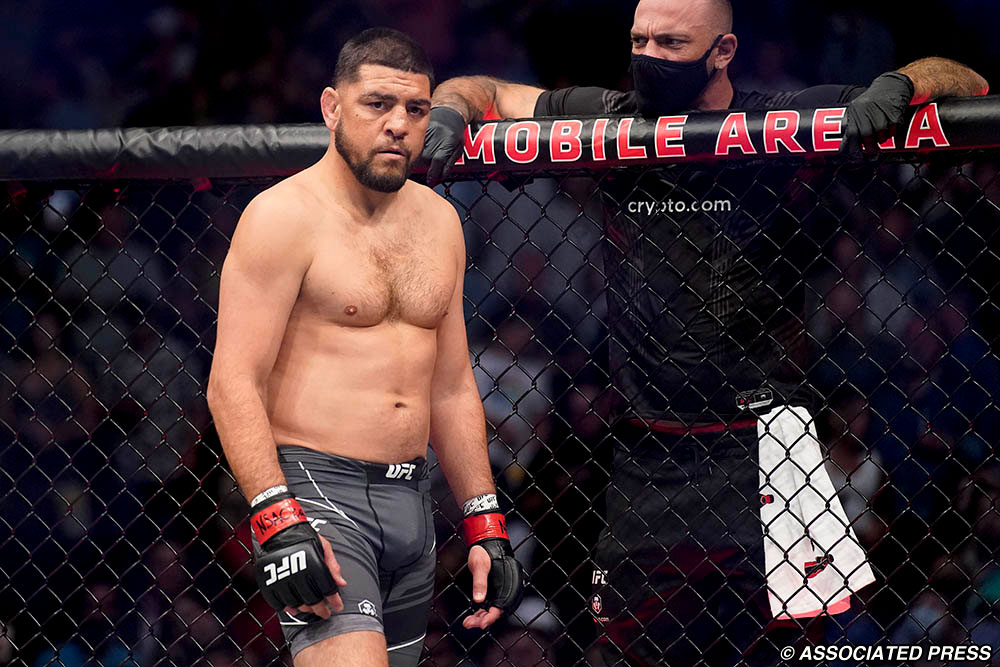 Nick Diaz made his long-awaited return at UFC 266 in September but was stopped by third-round TKO in his rematch against Robbie Lawler. That was Diaz’s first fight in almost seven years. Some pre-fight talk called into question Diaz’s motivation for fighting, and White doesn’t think we’ll see the Stockton, Calif., star again – at least not this year. 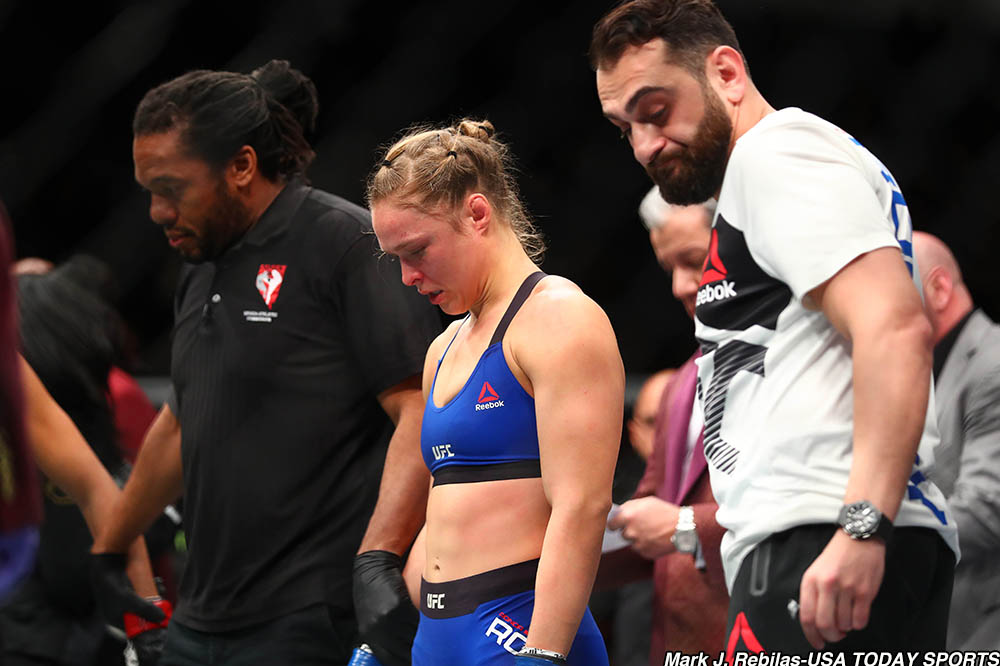 Ronda Rousey is undoubtedly one of the biggest stars to have ever competed in the UFC. The former dominant women’s bantamweight champion was dethroned in a shocking upset against Holly Holm in November 2015 and returned one year later only to be stopped in 48 seconds by Amanda Nunes at UFC 207.

Rousey, who gave birth to her first baby last year, has shown no interest in competing again since her loss to Nunes and given no signs poiting to a potential return. White was joking when he answered yes. 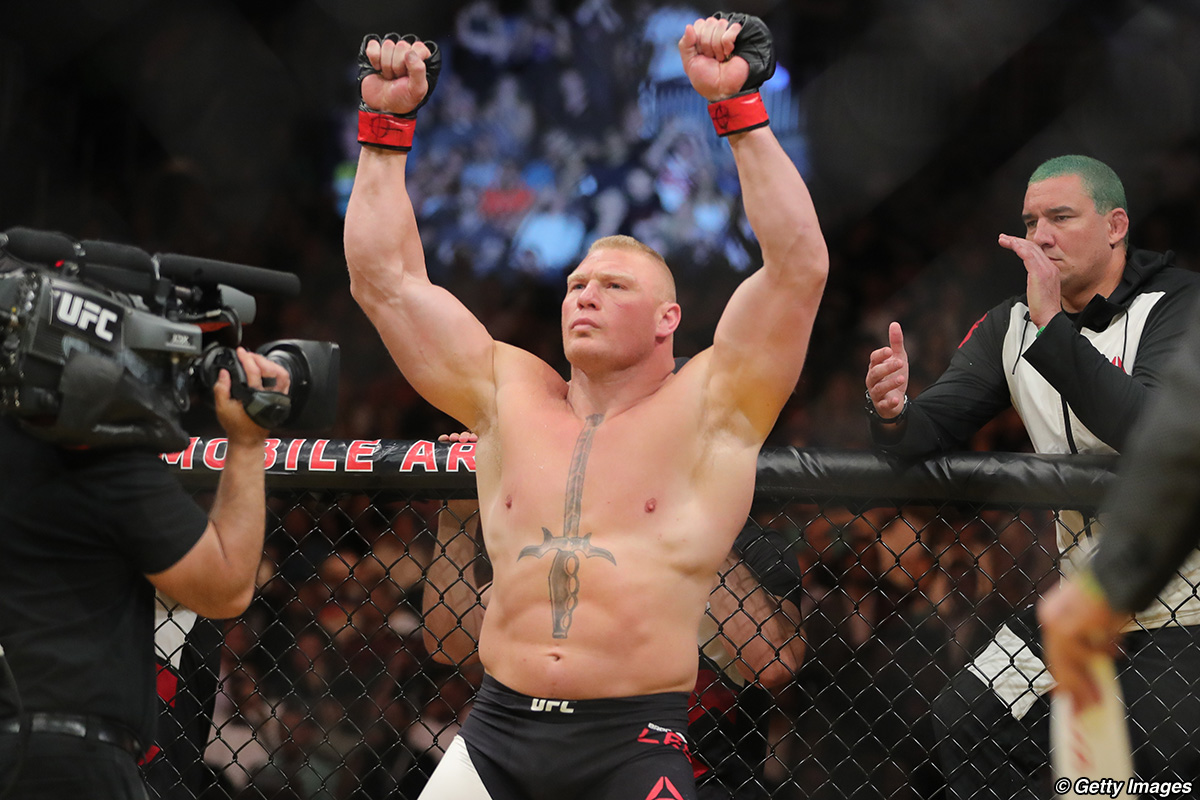 It’s been more than five years since WWE superstar-turned UFC champion Brock Lesnar has competed in the octagon, yet people still speculate about his potential return.

Lesnar’s win over Mark Hunt at UFC 200 was overturned to a no contest after he failed multiple drug tests, and he was eligible to compete again on Jan. 8, 2019. It appeared Lesnar was gearing up for a return after he stormed into the octagon to shove then-UFC heavyweight champion Daniel Cormier after his UFC 226 win in July 2018, but Lesnar later decided against a return. He remains on top of the WWE landscape. 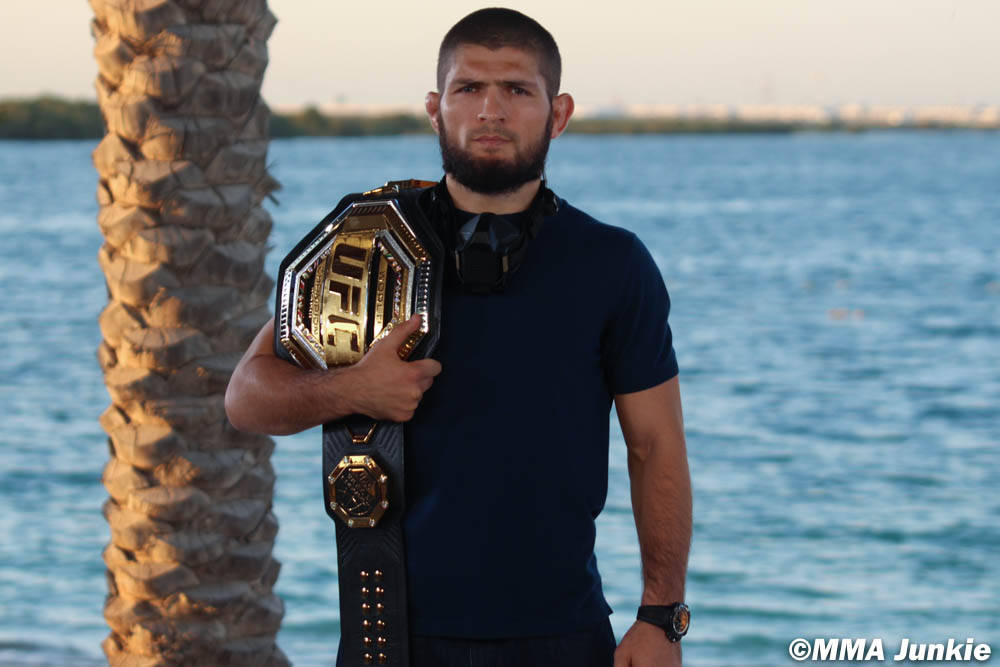 It’s safe to say White has given up on the idea of Khabib Nurmagomedov returning to competition.

Nurmagomedov hung up his gloves after submitting Justin Gaethje at UFC 254 in October, making a promise to his mother that he will no longer fight without his late father in his corner.

Despite White’s best effort to convince Nurmagomedov to return, the undefeated champion has moved on by starting his own promotion, Eagle FC, which was formerly known as Gorilla Fighting Championship before Nurmagomedov bought it. 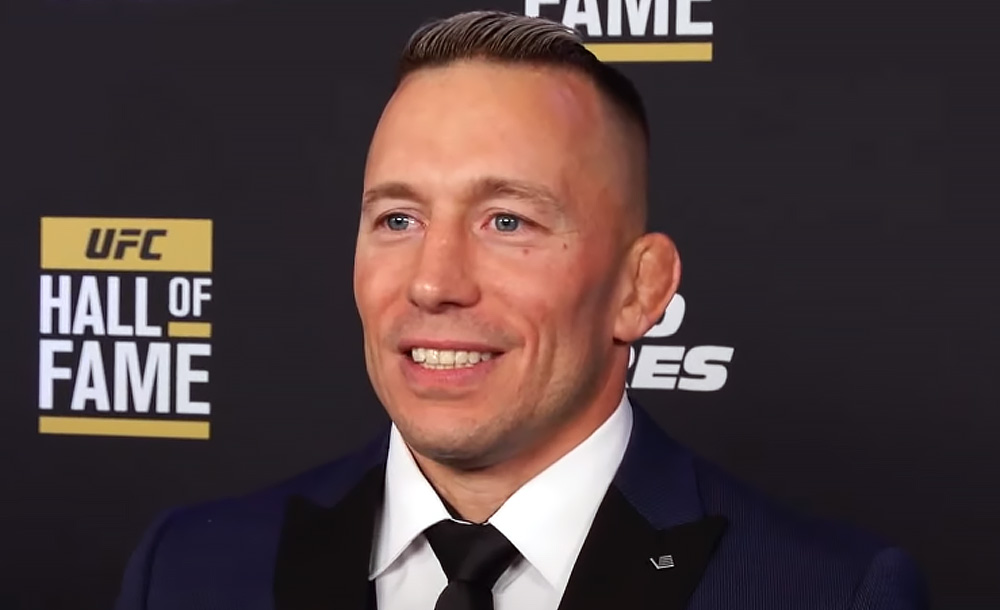 Georges St-Pierre still looks like he can go five rounds with ease, but with the only man to potentially lure him out of retirement also done with the sport, it’s unlikely he returns.

At least White doesn’t think so. St-Pierre, the former UFC two-division champion, returned once from retirement when he submitted Michael Bisping to win the middleweight title in November 2017 and has long been interested in a potential super fight with Khabib Nurmagomedov. But with both men happily retired, it looks like St-Pierre won’t come back.