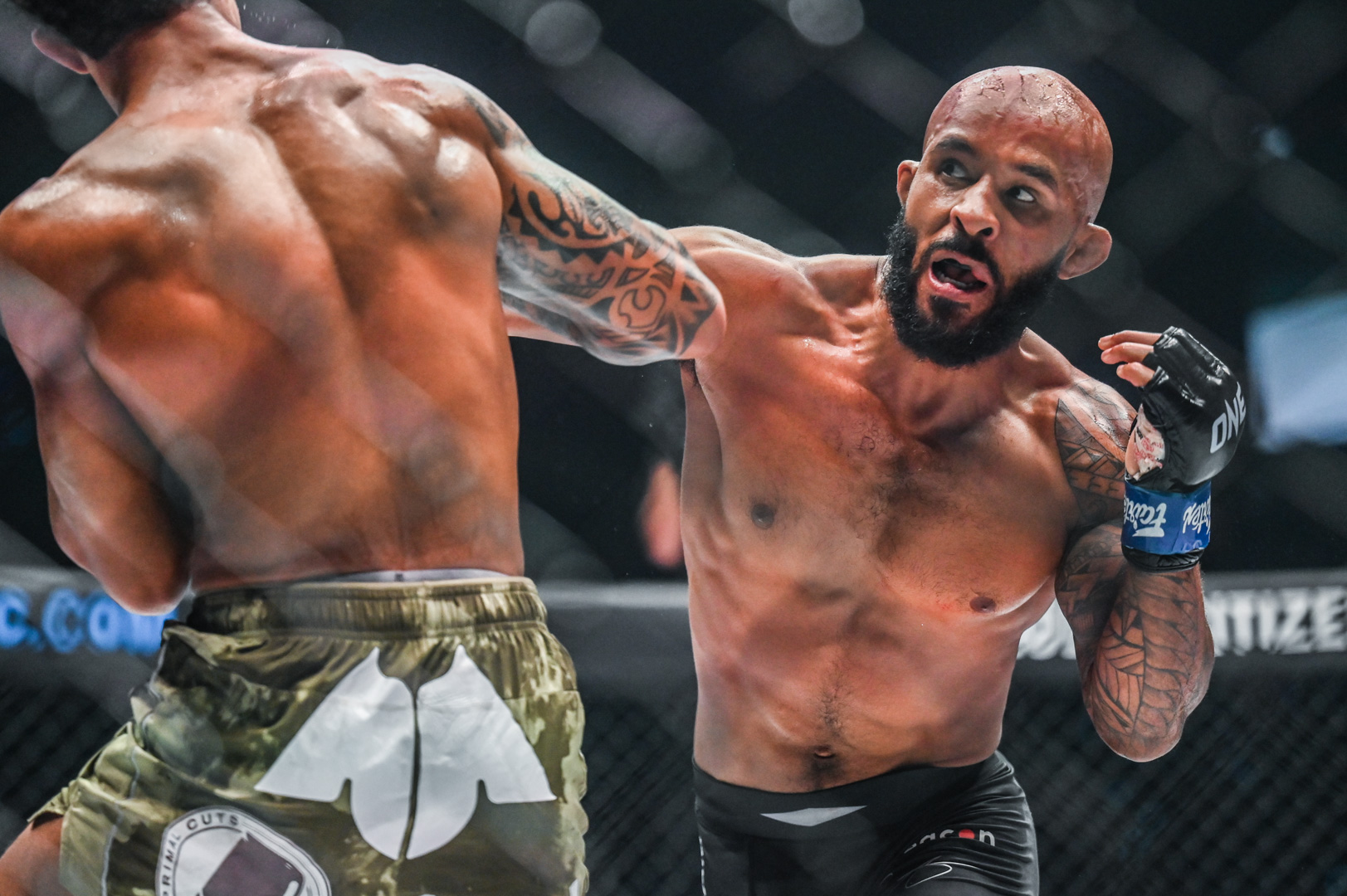 After five fights, Demetrious Johnson is the ONE Championship flyweight champion but admits he’s still getting used to an important aspect of the promotion’s ruleset.

Prior to his ONE Champion debut in early 2019, Johnson spent eight years fighting for WEC/UFC, which doesn’t allow knees to a grounded opponent. In ONE Championship, they’re completely legal.

It’s how Johnson suffered his first promotional loss in April 2021 when he was stunningly knocked out by then-135-pound champion Adriano Moraes with a knee to the face while sitting on his bottom. On Aug. 27, nearly 17 months later, Johnson got his revenge on Moraes when he won the rematch by fourth-round knockout with a perfectly timed flying knee to claim the title.

As far as the two performances go, you could make the case that the series tilts in Johnson’s favor, but he doesn’t necessarily see it that way.

“No, it’s 1-1,” Johnson told MMA Junkie Radio. “He beat me the first time. I ducked into the uppercut, and you know, I was trying to get up. He blasted me to the face with a knee and then he gave me a five-piece chicken meal on the ground, and that was all she wrote.”

Their first encounter didn’t get past the second round, with Johnson (31-4-1) holding his own until the grounded knee finished him. In the rematch, things looked even early until Johnson found his range and rhythm and started to take over until the finishing sequence in Round 4.

“In this one, it was a good fight back and forth,” Johnson said. “He was doing a good job taking me down. And when he took me down, I was like, I kind of know his ground game for the most part. But then after the first round – even in the first round when I was doing damage to him on the ground, and I cut him, I realized I cut him. I hit him, cut him, perfect, right above the eyeball, and (I was thinking) hopefully the blood will drip into his eye so he’ll be blind. I’m starting to think like that when I’m fighting. Then when we separated after the first round, I look over to his corner, and I was like, ‘Oh, I’m busting him up.’ And for me, I feel fine. I am getting hit from bottom, but it’s not something that’s gonna put my lights out.

“And I have great skin care, moisturize every single day. My wife does very good with my skin-care regiment so I don’t cut very easily. So I was totally fine being on the ground at that moment.”

Besides, Johnson wasn’t discouraged by being on his back, he said, because it wasn’t as though Moraes was successfully hitting double- or single-leg takedowns. It was because the much taller Moraes caught a kick and was able to get Johnson off balance.

The way the fight unfolded pleased Johnson, even though he’s still getting used to being in the ONE cage.

“I realized I was busting him up on the bottom as the fight went on,” Johnson said. “He landed a couple of good knees and that front choke, and it’s just a different ball game. I’m still getting used to it. I’ve never been on the other receiving end of being front-choked, and I’m able to get kneed in the head. It’s very unique. The knees to the ground is a very unique style that you have to beware of. … I’m still learning, I’m still getting better with that whole dynamic of the knees to an opponent on the ground, but it was a great fight.

“I was able to land that right hand, line up that knee, and that’s all she wrote.”

In all likelihood, a trilogy between Johnson and Moraes should be on the horizon. If that ends up being the case, Johnson welcomes that. 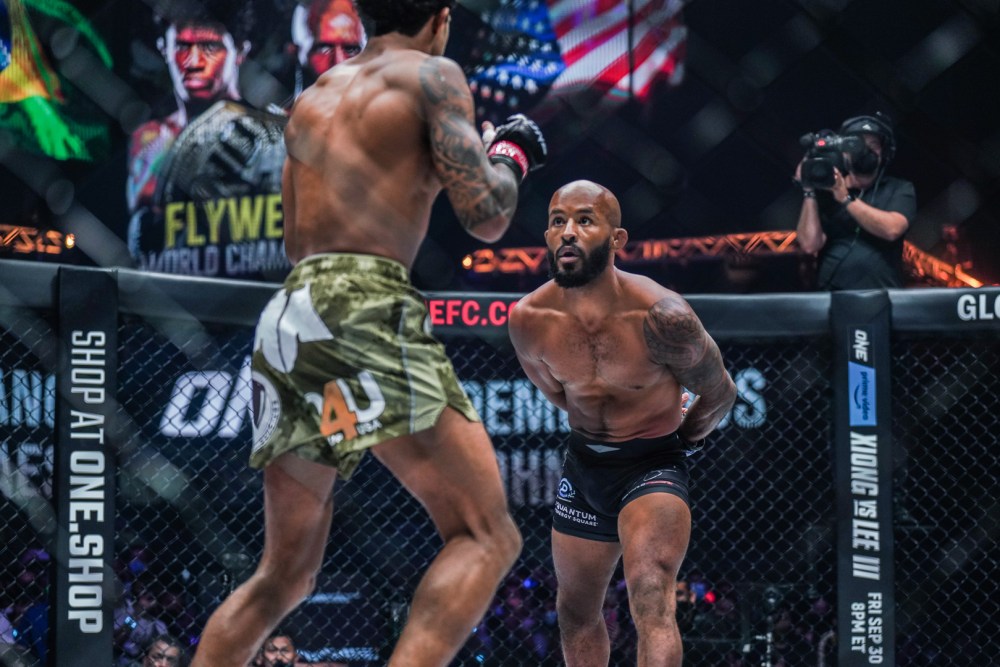