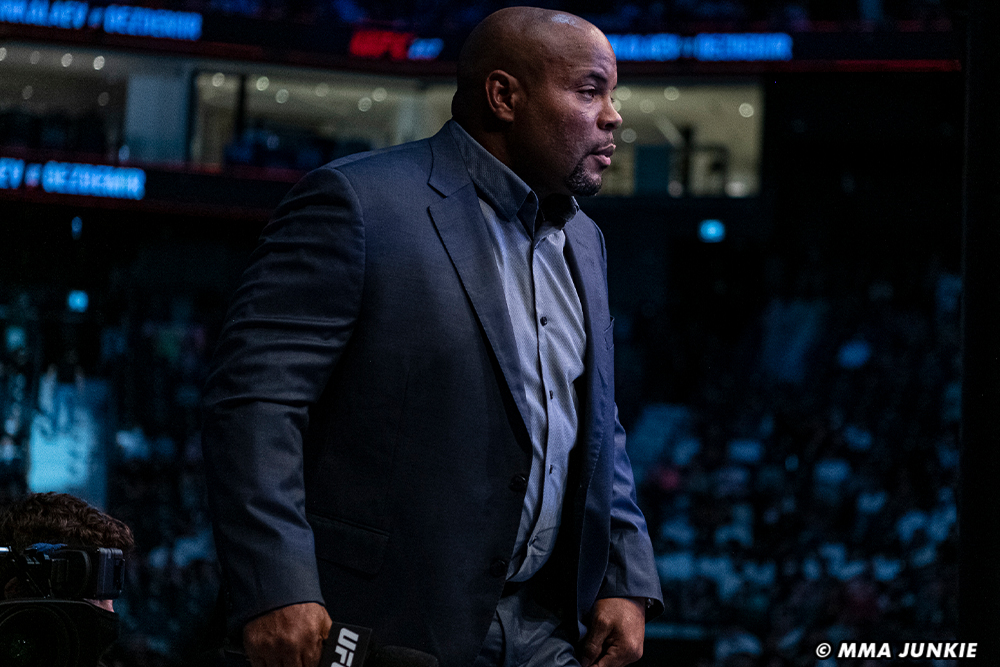 This past Saturday’s UFC card produced a number of close decisions, which once again added fuel to the fire of the weekly debates about MMA judging.

In the main event, former women’s bantamweight champion Holly Holm lost a split to rising contender Ketlen Vieira. The co-main event saw Michel Pereira win two of the three scorecards in the Fight of the Night war against Santiago Ponzinibbio. Opening the main card, Junyong Park squeaked by Eryk Anders with two judges seeing the bout in his favor.

While Cormier agrees with Pereira getting the nod, for the other two fights, he doesn’t understand how the judges could possibly score the fights in favor of Park and Vieira.

“This is where I don’t really understand what I’m watching in terms of the fight,” Cormier said in a video posted to his YouTube channel. “Anders fight, Holm fight – both had so much control time against the side of the octagon that I don’t know how they are losing the fight.

“And I think probably the most famous instance in which that happened was Kamaru Usman vs. Jorge Masvidal, the first fight. If there is no value in clinch control, then how did Kamaru win that fight so dominantly the first time he fought Masvidal? I’m not saying dominantly in terms of damage, I’m talking so dominantly across the scorecards. Because very few judges scored a round for Jorge Masvidal outside of Round No. 1. What they did was give value and give credit to Kamaru Usman for putting Jorge Masvidal in a position that he did not want to go to for extended periods of time. That is where I think the judging gets f*cked up a little bit.”

Cormier applied the same logic to Vieira being pressed against the cage by Holm against her will for a significant amount of time throughout the fight. He also points to the adamant reaction of Vieira’s coach Andre Pederneiras who implored his fighter to get off the fence because he thought she was losing the fight.

“But once again, it’s on the judges,” Cormier said. “Once again, they keep on making these mistakes, I would think? Or we just don’t know what the hell we’re watching. … The Holm fight last night was wrong.”

Cormier ensured his stance was not an attack on Vieira or her performance, but rather that he simply believes two of the judges got it wrong. Beyond that, the former two-division champion isn’t sure how to go about rectifying this issue in the future.

“Last night was probably the most clear instance in which I felt like I did not know what I’m watching, I guess,” Cormier said. “Because I was on the wrong side of two fights that I thought were going one direction, and they didn’t.”

UFC Fight Night 206 scorecards: Which round decided Holm vs. Vieira? 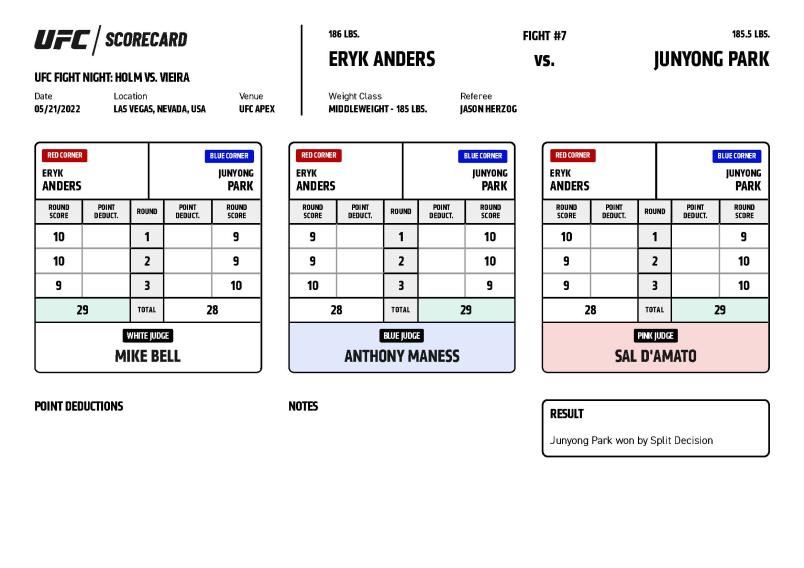