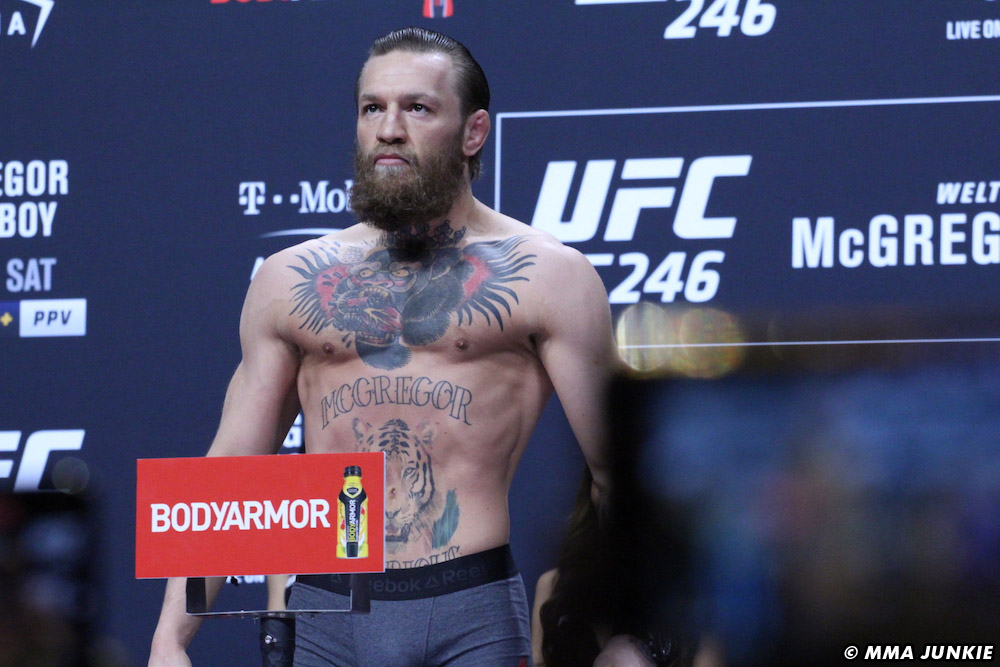 If Conor McGregor and Dustin Poirier are under the impression that their rematch would take place at welterweight, perhaps they should think again.

That’s because UFC president Dana White made it very clear Wednesday where he stands.

“It’s 155 pounds,” White told BT Sport. “I’m not putting on a friggin’ multi-million dollar fight at a catchweight that means nothing. … That fight means nothing at 170.”

As of Wednesday, the status of McGregor vs. Poirier remains the same: Contracts have been issued for UFC 257 on Jan. 23, but nothing has been signed.

In a tweet last week, McGregor’s coach, John Kavanagh, indicated the fight would take place at welterweight, saying “to see them hydrated & healthy at 170 will be fascinating.” That garnered a positive response from Poirier.

The issue, though? Both McGregor and Poirier are vying for the same thing: a shot at the UFC lightweight title. Current champion Khabib Nurmagomedov, who fights Justin Gaethje this weekend at UFC 254, said he’d only give the winner a rematch if the fight took place at 155 pounds.

“Neither one of those two are ranked at 170 pounds, and it doesn’t do anything in the ’55-pound division if either one of them win, because they’re fighting at 170,” White said. “It literally makes no sense.”

Video: Khabib Nurmagomedov, Justin Gaethje face off ahead of UFC 254 on ‘Fight Island’

That’s a different tone from White compared to earlier this year when, prior to McGregor’s UFC 246 headliner with Donald Cerrone at welterweight, the UFC boss said McGregor would secure a rematch with 155-pound champion Khabib Nurmagomedov if he beat Cerrone.

Even though contracts between McGregor and Poirier have yet to be signed, McGregor already stated publicly that he accepts. And with that, White expects McGregor to keep his word regardless.

“Listen, Conor likes to play games. Conor plays games, and he does his thing,” White said. “One thing Conor doesn’t do? Conor doesn’t commit to a fight and then not fight. Conor fights. …

“Things are gonna change now. This isn’t the same Conor back in the day. Conor’s rich. Conor is very wealthy. And I think that Conor is in a position right now that he’s just trying to make moves that he thinks are right.”