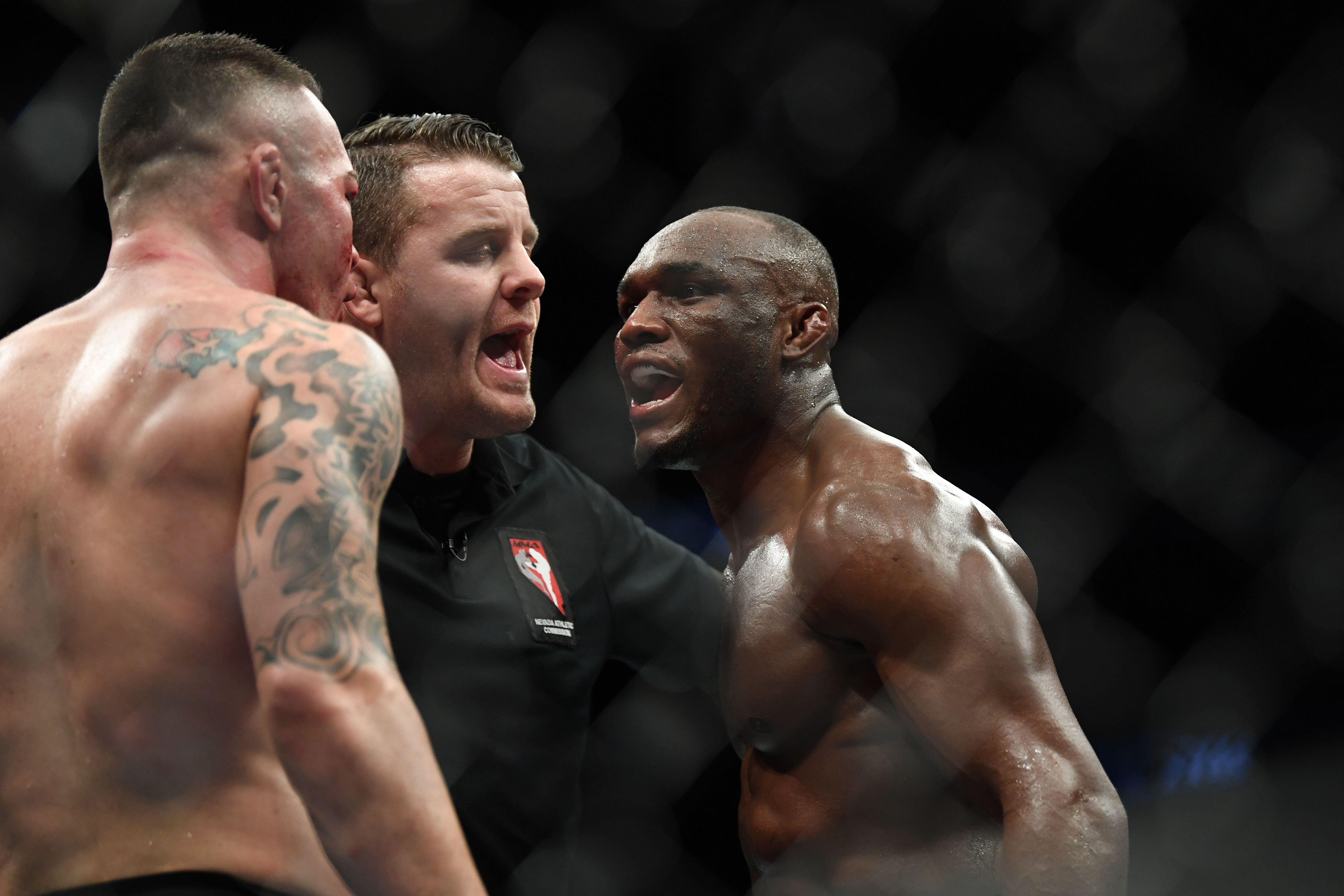 Colby Covington is adamant that Kamaru Usman has been taking performance-enhancing drugs throughout his career.

It’s not the first time Covington has lobbed that serious accusation toward his arch rival. But after finally getting his rematch, Covington has doubled down on his stance that UFC welterweight champion Usman has been taking erythropoietin, more commonly known as EPO.

Both men have trained in Florida for the majority of their careers. Covington said his accusations come from some mutual acquaintances.

“He’s been doing EPO his whole career,” Covington told Submission Radio. “It’s so obvious. His chemical imbalance, his body – he’s got the pimples all over his back, all over his face. You’re a 35-year-old man. You’re not going through puberty like you’re in your teens anymore. You should not be having that chemical imbalance and that breakout. That’s from his testosterone being out of whack, and his estrogen and his testosterone levels being out of whack. So he is the CEO of EPO. I’ve heard firsthand from some people that he trained with, some people that I might’ve went to wrestle in college with that said the same thing. They could verify that he has done EPO and he’s injected in his ass. So he’s the CEO of EPO. He’s ‘Marty Juiceman.’”

Covington (16-2 MMA, 11-2 UFC) and Usman (19-1 MMA, 14-0 UFC) will run things back in the main event of UFC 268 on Nov. 6, which likely will take place at Madison Square Garden in New York. Their first battle was an instant classic in which Usman outlasted Covington and stopped him with less than a minute remaining in the fight.

EPO is considered one of the most publicly shamed PEDs. Former two-time UFC bantamweight champion T.J. Dillashaw recently served a two-year U.S. Anti-Doping Agency suspension after getting caught. Usman has never failed a drug test in his career, but Covington insists the champion has found ways getting caught.

“I know he’s going to be doing it,” Covington said. “There’s ways to get around the tests. They’re not blood testing. They’re doing a piss test here and there. They’re not going to blood test him. They’re going to let him get away with it. But you’ve got to live with that the rest of your life. You’ve got to live with that on your conscience, that you had to cheat your whole way through your career. I know I’m all-natural American. I work the hard way – you know, blue collar. (I) earned it – blood sweat and tears. This is earned to the very core, to the very root naturally.

“I didn’t cheat. I didn’t cut corners. I took the long way to get here. So he has to live with that. He’s going to have problems later in life. His organs, all that stuff’s going to shut down. He’s taking years off his life. But that’s the choice that he has to live with. And if that’s what he wants to do, that’s what he’s going to do. But you cannot stop destiny, and this is destiny. Nov. 6 is destiny. Colby /Chaos/ Covington will be the UFC welterweight champion of the world, and there’s not a steroid in the world that can stop it.” 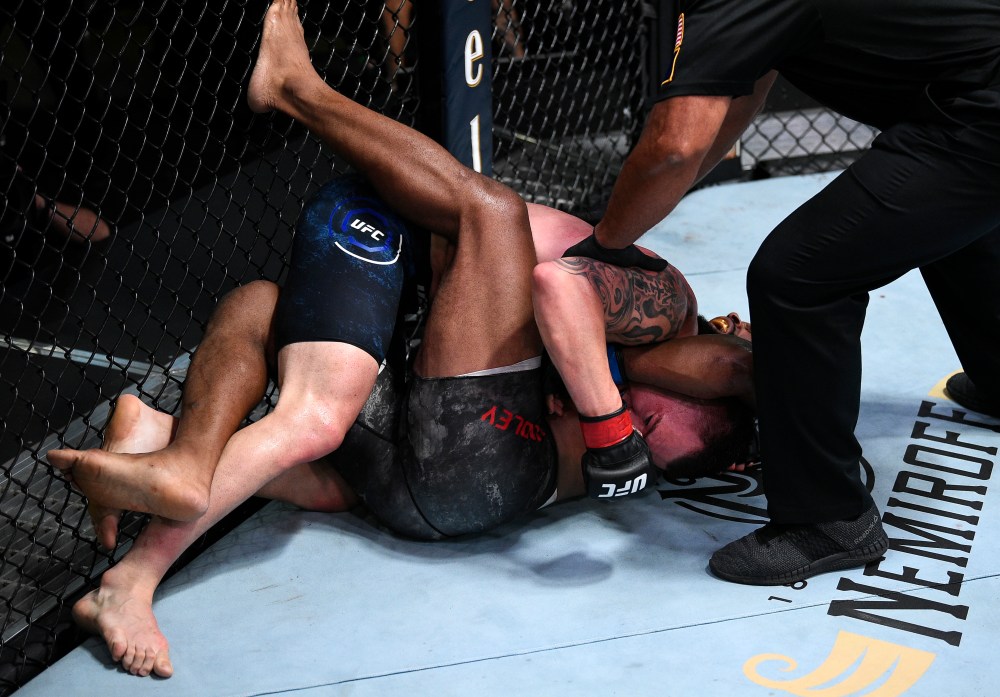