Chris Wade: Movlid Khaybulaev’s road to 2021 PFL final was easier than mine 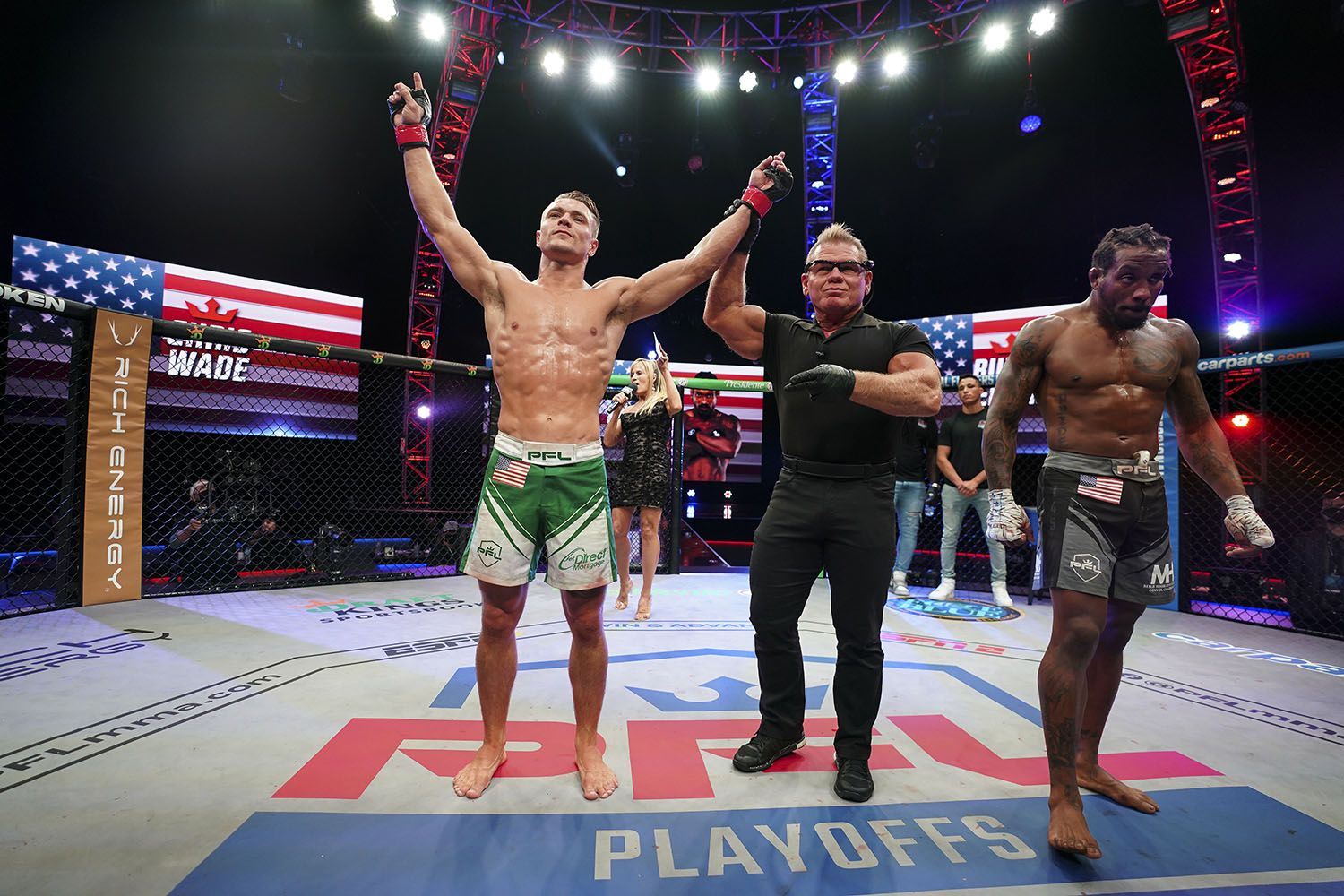 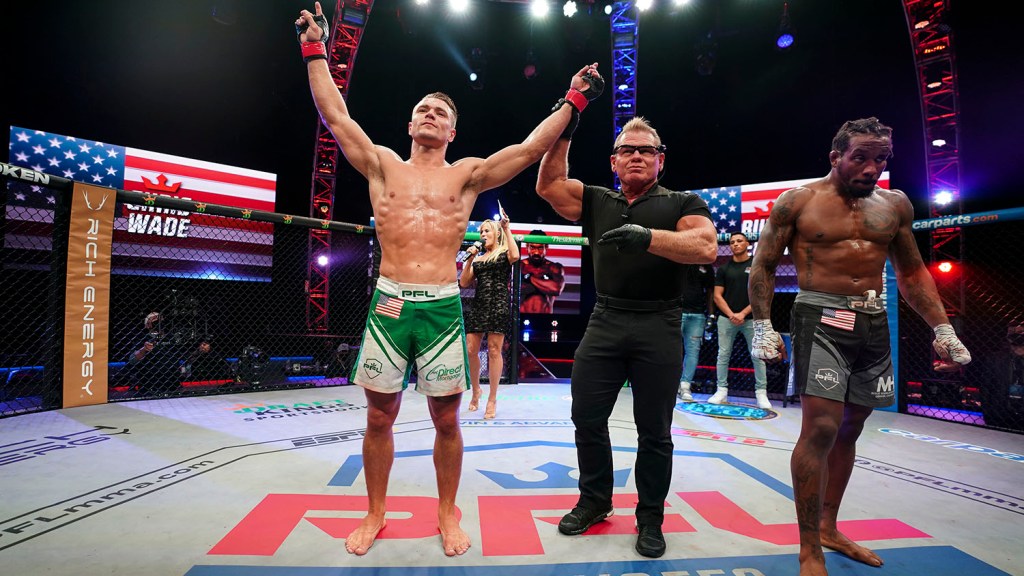 Based on stylistic matchups, Chris Wade thinks Movlid Khaybulaev had a more convenient road to the PFL finals than he did.

“I think I had one of the toughest roads in the PFL this season, personally,” Wade told MMA Junkie Radio. “I know that’s coming from me, so some people will say, ‘Of course you’re saying that.’ But I fought Anthony Dizy first, who nobody gave credit. He’s a super tough fighter and a dark horse and he’s an extremely high-level grappler. His coach is an extremely accomplished international wrestler, as well, so no one really knows him in America and that was an extremely tough fight.

“Then I basically get given Ospanov on short notice because I only knew I was fighting the guy for like three or four weeks and he came out of the woodwork, super dangerous and knocking everybody out, and I had to go toe-to-toe with him. Then I follow that one up with a, ‘Oh yeah, here’s an NCAA champion, four-time All-American and world champion at the junior level, so now deal with this’ – and also extremely athletic (Jenkins). So the three fights I’ve had have been pretty top-notch in my opinion.

“His road was worked out a little bit more in his benefit. He had Lazar first, who didn’t really have a great season this year – kind of accepted takedowns and let him control the fight. And then Lance – he basically did the same thing as Bubba did to Lance. It’s hard to tell and get a ton out of that fight because you just don’t know how motivated Lance was this season or wasn’t. … And then the last fight, he fought a guy who isn’t a grappler either. He was able to control that fight as well.”

Although an accomplished wrestler himself, Wade surprised Jenkins with his grappling and he plans on doing the same to Khaybulaev when they square off in the featherweight finals of the 2021 PFL Championship on Oct. 27.

“I think he’s probably trying to key in on the fact that I scramble pretty well,” Wade said. “He’s probably going to be looking to slow things down a little bit. I’m the collegiate folkstyle wrestler, and those style wrestlers typically do better in scrambles and in like wild situations because we’re used to it. Freestyle is more like one explosion, get a takedown or get a lift and let the guy go. You don’t really need to hang on to them, and that’s what they wrestle internationally. So I think he’s going to really try to be sure that he can control my hips and maintain control of the round that way.

“I don’t know what’s going through his mind, but I know what I am and I know he’s got to kill me in there. I know no one has been able to do that at ’55, and I’ll be damned if somebody is going to do it to me at ’45 so throw the kitchen sink at me. Let’s go. Bring it. I want that. I want you to open up and swing and give me opportunities, and I’m going to find my mark somewhere.”