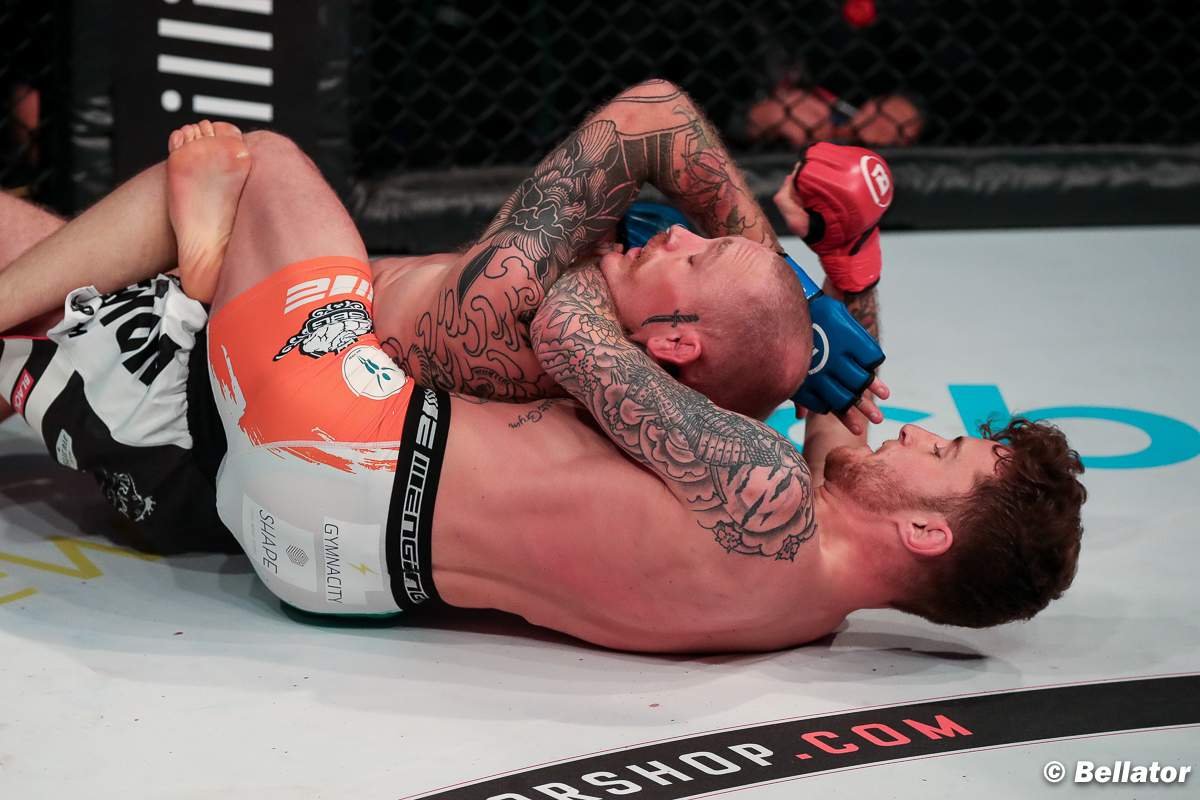 It took four attempts to finally get the pair into the Bellator cage, but when James Gallagher and Cal Ellenor finally threw down, it was the Irishman who bossed the matchup.

Gallagher (11-1 MMA, 8-1 BMMA) dominated the action in their bantamweight main event clash at Bellator Europe 9 in Milan, Italy on Oct. 3, 2020, as he added another submission finish to his growing resume at the Allianz Cloud.

“The Strabanimal” quickly took the action to the canvas and immediately took Ellenor’s back as he locked up a body triangle and set to work on opening up the Englishman’s defenses for a rear-naked choke.

It required a little patience for the SBG-trained fighter, who hammered “Cal Pacino” with punches and elbows, and attempted numerous times to lock up a choke or face crank. But Ellenor (8-3 MMA, 1-1 BMMA) doggedly resisted as he tried to survive the round and give himself a chance to use his striking early in Round 2.

Unfortunately for Ellenor, that opportunity never came, as Gallagher kept the pressure on and eventually locked up the rear-naked choke to force the tap with just 29 seconds remaining in the first round. 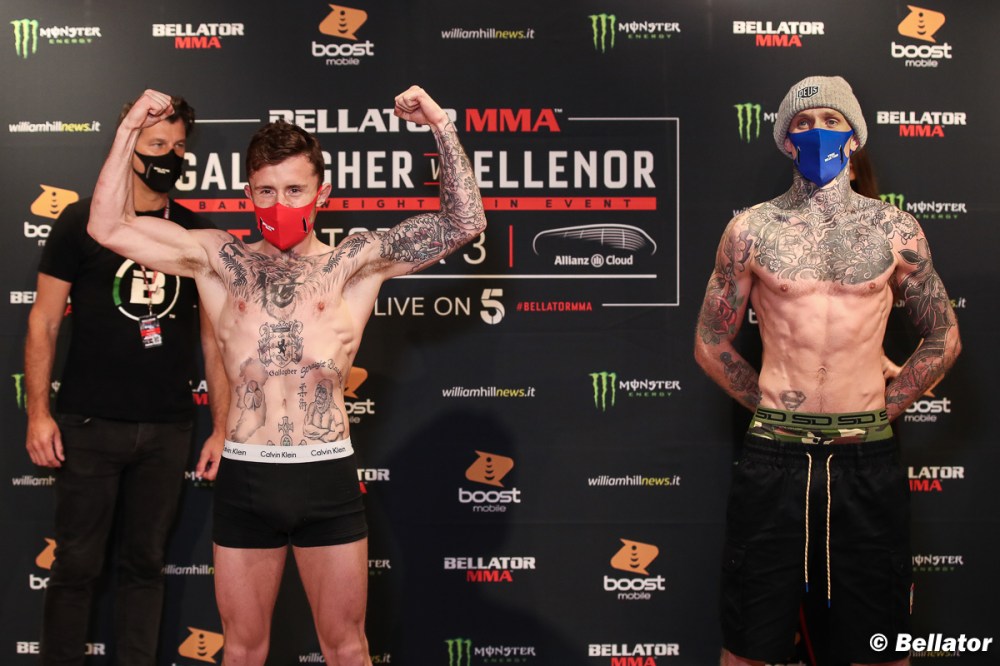 After the fight, Gallagher took aim at his critics, saying, “I came in here the best I’ve ever been. I didn’t talk, for the only time. They say it’s all talk. I’ve had my mouth shut for months, and I still come out and do it. Silence to the whole (expletive) division. Silence!”

Gallagher then said he was ready to take on the best of the best in Bellator’s 135-pound division as he declared, “Them all! Give me anyone, everyone, and a big bag of money, and I’ll fight any (expletive) one of them!

“I’m just extremely proud of myself. I’ve worked hard, I’m in my third main event, I’m 23 years old, everyone counts me out, but I count myself in every (expletive) time and that’s all that matters, isn’t it?

Recap Gallagher’s dominant display in Italy via the video above. 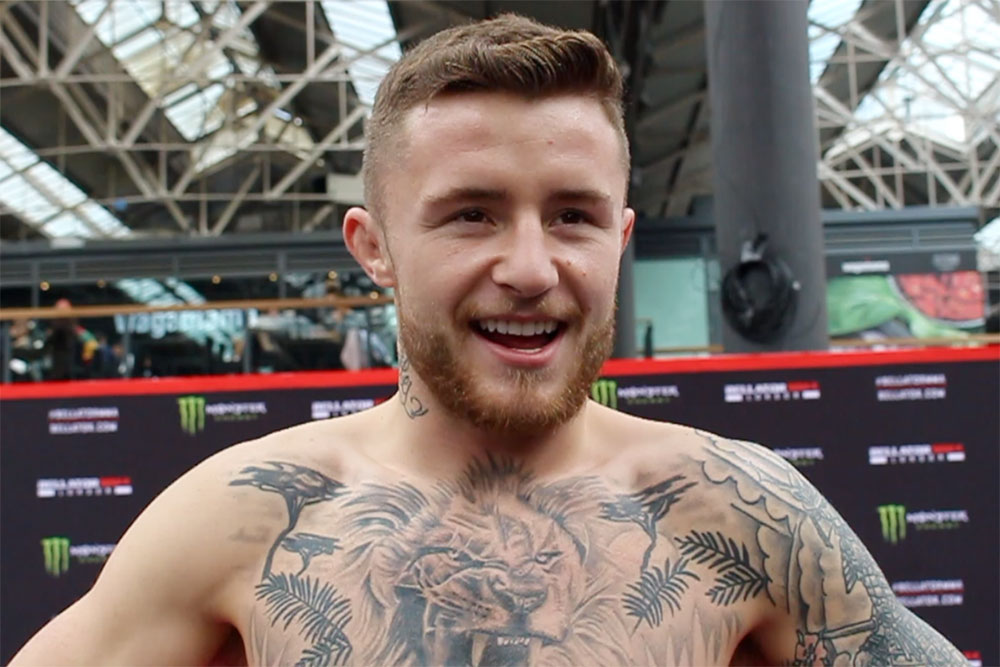