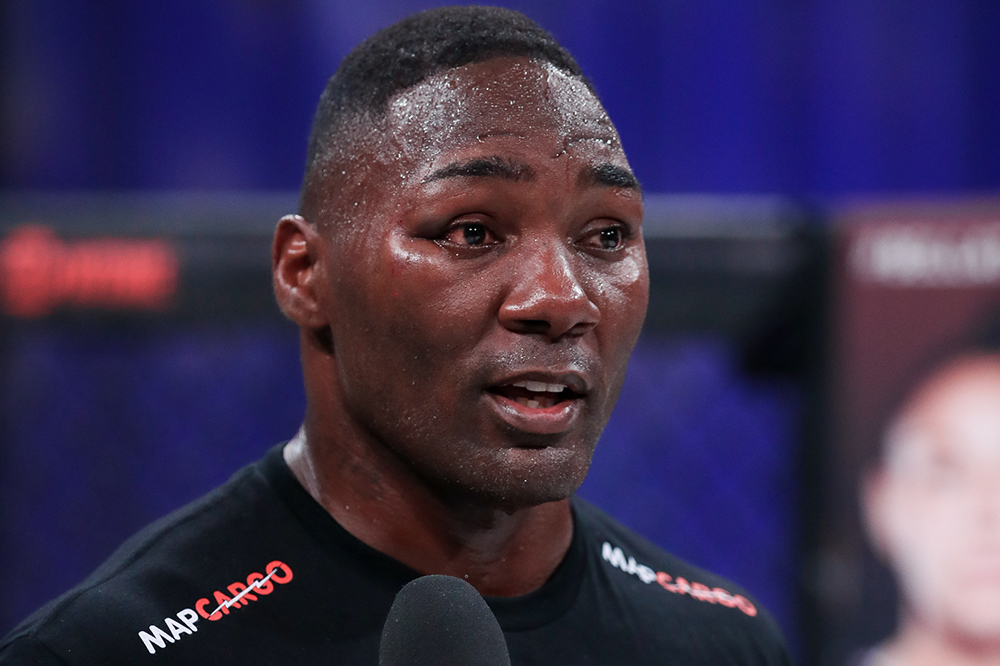 SAN JOSE, Calif. – The Bellator light heavyweight grand prix will need to turn to the alternate pool. The tournament has ended for Anthony Johnson.

Johnson, a former UFC title challenger, has withdrawn from his upcoming Bellator 268 headliner against champion Vadim Nemkov – and the tournament as a whole – due to illness, multiple people with knowledge of the situation told MMA Junkie. The people asked to remain anonymous since the promotion has yet to make an official announcement.

Nemkov (14-2 MMA, 6-0 BMMA) is expected to remain on the card against an opponent to be announced at a later time.

Yoel Romero, who headlines Saturday night’s Bellator 266 against Phil Davis, was slated to compete in the opening round of the tournament against Johnson (23-6 MMA, 1-0 BMMA) but was removed after he did not receive medical clearance for an eye issue. Davis already lost a unanimous decision to Nemkov in the quarterfinals.

Yoel Romero opens up on eye injury that delayed Bellator debut, says ‘best decision was not to fight’

Video: Will Yoel Romero win Bellator gold after coming up short in UFC?

A second semifinal bout between Arizona’s own Ryan Bader and fellow former UFC contender Corey Anderson is also slated for the event.

Bellator 268 takes place Oct. 16 at Footprint Center in Phoenix. The main card airs on Showtime after prelims on MMA Junkie.

With the change, the Bellator 268 lineup includes: