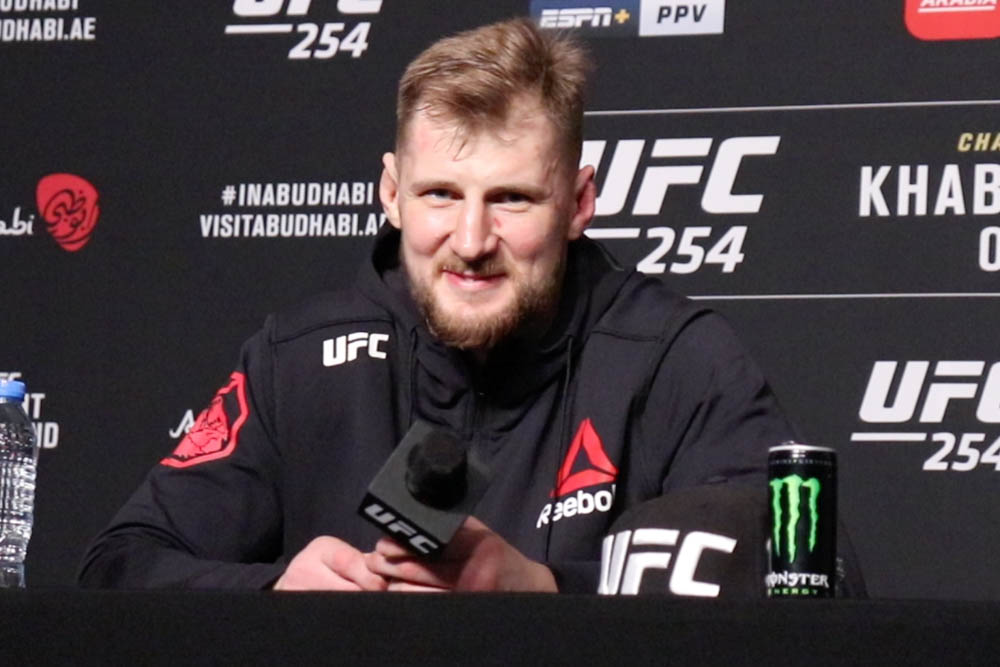 ABU DHABI – Alexander Volkov wants to test his skills against the upper echelon of the UFC’s heavyweight division.

The Russian thinks he deserves a marquee name for his next outing following his TKO win over Walt Harris on the UFC 254 main card Saturday in Abu Dhabi. Volkov (32-8 MMA, 6-2 UFC) got back in the win column with the win after a unanimous decision loss to top contender Curtis Blaydes in June.

Volkov called out a few names ahead of him in the UFC’s official heavyweight rankings in his in-cage post-fight interview with Jon Anik.

“Any challenge, any guy with a big name,” Volkov said. “(Alistair) Overeem, (Junior) Dos Santos, (Jairzinho) Rozenstruik – anybody who can take me back to the belt.”

Speaking with reporters at the UFC 254 post-fight press conference, Volkov said he could return to the octagon later this year or early 2021.

“I have to go home, but I’m ready,” Volkov said. “I don’t know when there will be new UFC shows, probably in December. But I need about two or three months to prepare for camp. I’m ready. I just need the UFC to give me a name and in two or three months that I need to do my camp. I’ll be ready.”

Volkov currently sits in the top 10 of the UFC’s official heavyweight rankings. He hopes to get back on the same kind of run he had earlier in his UFC career in whihc he was unbeaten in four fights, including a finish of former champion Fabricio Werdum.

“Drago” knows there’s work to be done, but he thinks he’s off to a good start with the finish of Harris.

“I’m happy to come back and get the finish,” Volkov said. “I feel like I’m ready to challenge big names. I’m here to win and go forward.”