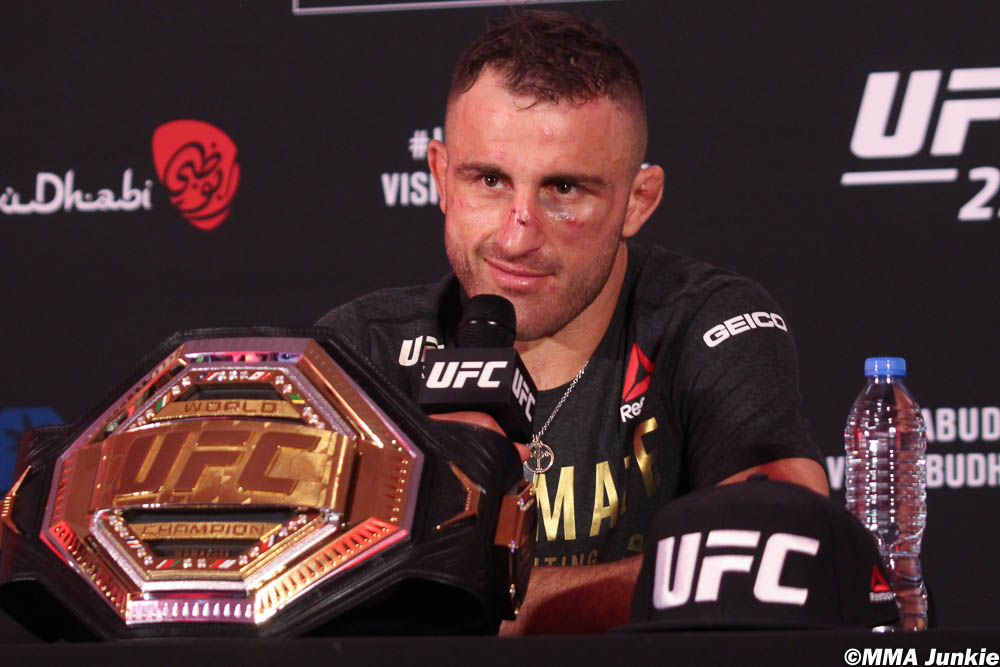 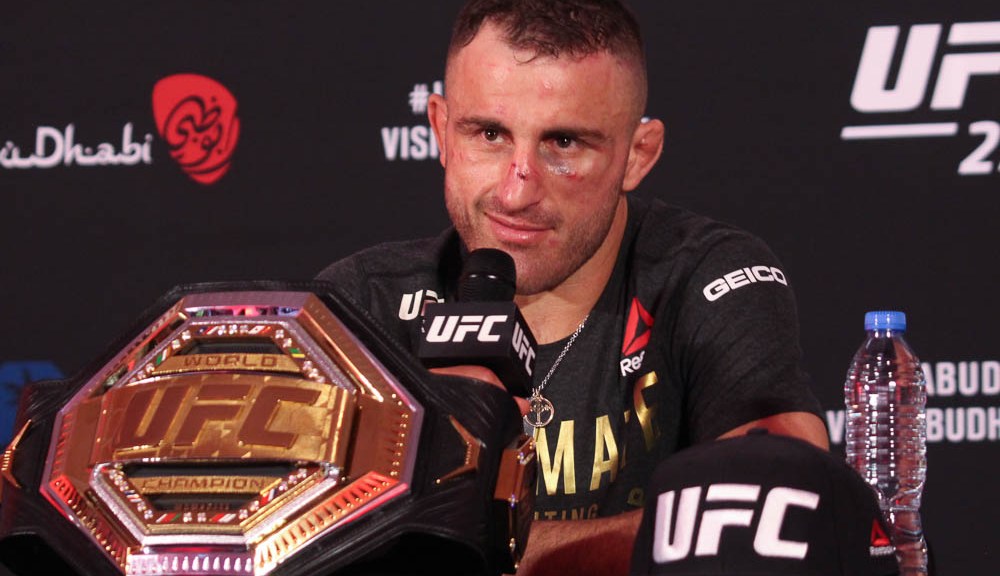 Henry Cejudo continues to campaign for a shot at Alexander Volkanovski, but it appears he’s the only one on board.

That’s according to UFC featherweight champion Volkanovski (22-1 MMA, 9-0 UFC), who says he’s never once been approached about a potential fight with Cejudo.

Former UFC flyweight and bantamweight champion Cejudo (16-2 MMA, 10-2 UFC) announced his retirement in May, but has been teasing a return ever since.

He’s called out Volkanovski on numerous occasions, even giving himself the moniker “C4,” referring to his desire to add yet another piece of gold to his collection.

But Volkanovski insists on being a traditional champion that takes on the top contenders in his division, and Cejudo cutting the line doesn’t make sense to him. There are two pivotal featherweight clashes in the mi – Chan Sung Jung vs. Brian Ortega, as well as a potential rumored bout between Zabit Magomedsharipov and Yair Rodriguez – and Volkanovski expects the No. 1 contender to emerge from those two matchups.

“It’s funny, I have a laugh about it, but I don’t know how people are taking it, if they really think that I’m not signing some contract that supposedly I’m meant to sign,” Volkanovski told MMA Junkie. “No one has talked to me about this at all, except Cejudo. I just keep seeing him begging, absolutely begging Dana White to give him a shot.”

He continued, “It’s the cringe, what are you going to do? If it was going to ever happen, it had to be before. Now look at the division. We got all these guys that are fighting for the No. 1 contender (spot). For me to take a fight later this year with Cejudo, it just does not make sense. Again, I want them No. 1 contenders, but if the UFC just really did push that on me, alright fine. I’ll whoop his ass then I can take on a No. 1 contender. But again, that’s not me. I want to be the type of champion that takes on No. 1 contenders.”

Volkanovski is coming off a hard-fought battle with Max Holloway at UFC 251 in July, where he earned his second straight win over the former champion. While he’s open to both a trilogy fight with Holloway and a fight with Cejudo down the line, he’s keen to focus on the next crop of contenders first.