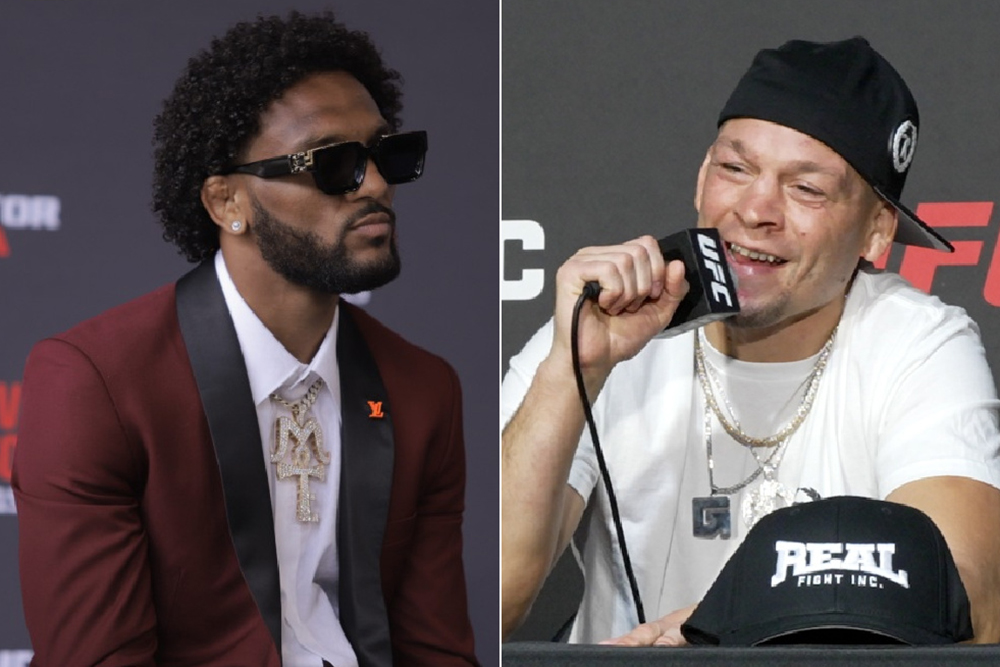 LOS ANGELES –A.J. McKee and Nate Diaz could’ve come to blows one time in a hotel ballroom, so perhaps it makes sense to settle things inside the cage at some point.

“Run it up,” McKee told MMA Junkie on Thursday at Bellator 286 media day. “Like I said, I don’t turn down no fades, man. I’m in this for the long haul. I think that would be a good fight. I think it would be my first real huge fight into stardom.”

McKee and Diaz’s one encounter happened last December during the Jake Paul-Tyron Woodley 2 weigh-ins when members of both fighters’ crews started jawing at each other and nearly incited a brawl. Things didn’t get out of control, but video shows that McKee especially was heated.

“Ain’t no hard feelings, but he can get Long Beach slapped,” McKee said. “I could get Stockton slapped. Let’s see who slaps harder.”

McKee certainly wouldn’t mind fighting Diaz and the attention that would come with the former UFC star. Whether or not that’s likely to happen is up for debate, but it’s at least possible after Diaz fought out his UFC contract this month by beating Tony Ferguson at UFC 279.

Bellator president Scott Coker has expressed interest in trying to sign Diaz in some capacity once his exclusive negotiating period ends, which officially would make him a free agent.

As much as McKee would welcome the opportunity to throw down with Diaz, he’s realistic about the most lucrative option in front of him.

“I think he’s gonna probably be boxing,” McKee said. “It’s more ideal. He’s been through a lot, man. I’ve been watching him since I was a kid. He’s a great performer, great fighter. He’s just doing his thing.”

But if “doing his thing” should include Bellator, sign McKee up.

Photos: Nate Diaz through the years